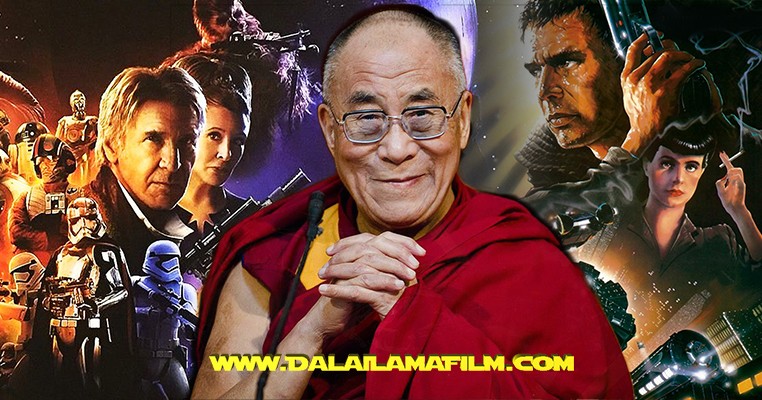 Harrison Ford is AWAKENING this year with STAR WARS, the Dalai Lama and now BLADE RUNNER… 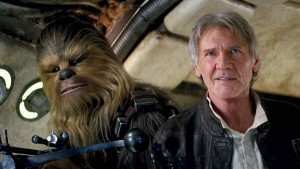 Harrison Ford in THE FORCE AWAKENS

After starring in Star Wars: The Force Awakens and narrating Wakan Film’s newest documentary Dalai Lama Awakening this past winter it was announced this week that Harrison Ford will be re-awakening yet another one of his most famous roles: that of the replicant hunting Rick Deckard in the forthcoming Blade Runner sequel. The film, which also stars Ryan Gosling, is due out on January 12, 2018 while Dalai Lama Awakening is currently available on DVD. 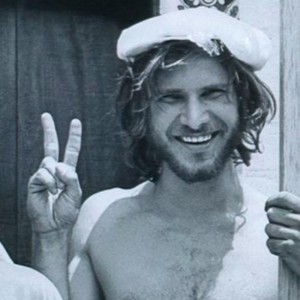 Ford’s story is that of Hollywood myth. Working as a carpenter at the time, he was brought in to read opposite actors auditioning for Star Wars. George Lucas, so taken in by the young actor, eventually cast Ford in the very role he had been helping actors audition for and the rest, as they say, is history. Ford has made a career of playing heroic characters with a bit of charm and ruggedness yet with a goodness in their heart. His “every man” quality has made him one of the most sought after leading men in the history of film and his characters— Han Solo, Indiana Jones and Rick Deckard to name a few— are among some of the most iconic in all of cinema. 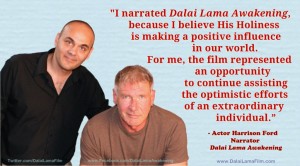 When asked what led him to choose Harrison Ford as the narrator for Dalai Lama Awakening director Khashyar Darvich said, “I felt instinctually that Harrison Ford would provide a good balance and complement as an icon of the ‘Every Man’: a solid grounding presence whose voice in the film’s narration would ground the audience in the ideas that he spoke.”

Harrison Ford is no stranger to the Dalai Lama himself. His late wife Melissa Mathison was a friend of the His Holiness’ and wrote the screenplay to Kundun and Ford himself, in addition to being a Buddhist in his own rite- has spent time with the Dalai Lama and even spoke before a U.S. Congressional hearing regarding the Tibet issue. Says Ford, “I narrated Dalai Lama Awakening because I believe His Holiness is making a positive influence in our world. For me, the film represented an opportunity to continue assisting the optimistic efforts of an extraordinary individual.” 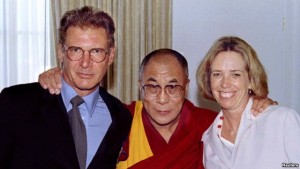 Harrison Ford makes for a great hero because he reminds us of the “Every Man” in each one of us. Like his character of Han Solo in Star Wars we need not be a Jedi to do good in the world: “I’ve flown from one side of this galaxy to the other and I’ve seen a lot of strange stuff, but I’ve never seen anything to make me believe there’s one all-powerful force controlling everything. There’s no mystical energy field that controls my destiny.” Han Solo may not subscribe to the ideas of the Jedi or believe in the Force but he still swoops in at the last  moment to do the right thing. Not because he’s a Jedi, but because he’s a good person. As the Dalai Lama himself has said, “There is no need for temples; no need for complicated philosophy… the philosophy is kindness.”