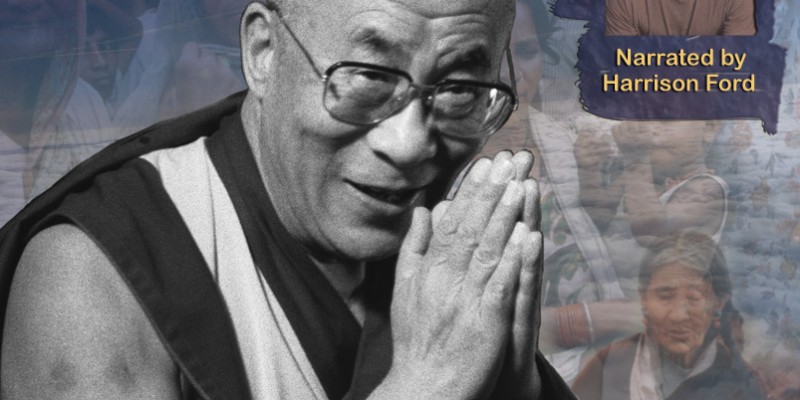 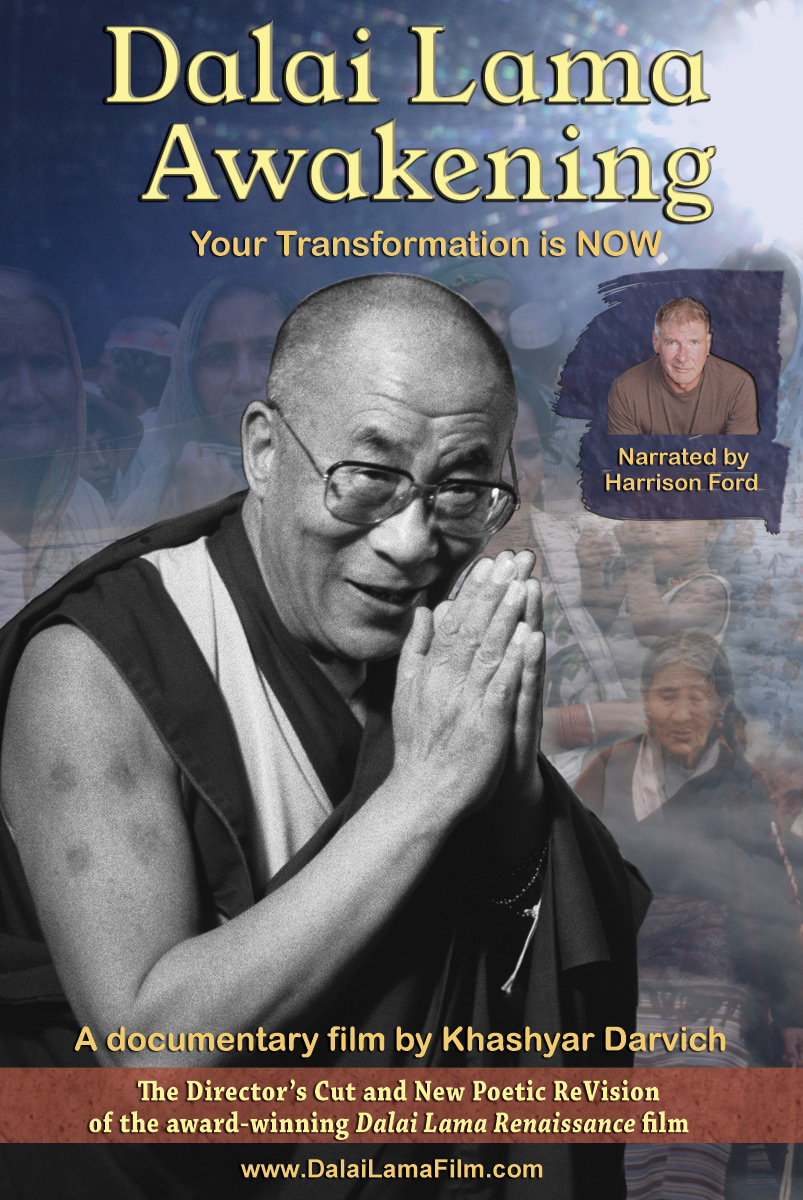 LOS ANGELES – Even though Dalai Lama Awakening’s World Premiere is not until 2014, the “15 year realization of a cinematic dream” and the new documentary film by filmmaker Khashyar Darvich is already receiving positive reviews and overwhelming praise from audiences.

In a recent review of the film, Bobby Spivey of Examiner.com calls Dalai Lama Awakening “a beautiful and thought-provoking film… [Director] Darvich’s compassion and humanity is apparent… Note [the premiere] date because you will want to mark it on your calendar.”

In 5 Advanced Special Sneak Preview screenings of the film in the United States in October, the audience response has been overwhelmingly positive in a way beyond what Director Darvich imagined:

But Dalai Lama Awakening, which features His Holiness the Dalai Lama and features the narration of actor Harrison Ford, is a film that almost was not to be.

Darvich’s previous film was the successful and acclaimed Dalai Lama Renaissance, which won 12 awards and screened over 1,000 times around the world.

‘Dalai Lama Awakening,’ which also features innovative thinkers such as Dr. Michael Beckwith (from ‘The Secret’), Quantum Physicists Fred Alan Wolf and Amit Goswami (from ‘What the Bleep Do We Know’) and Revolutionary Social Scientist Jean Houston, presents the profound and life-changing journey of innovative Western thinkers who travel to India to meet with the Dalai Lama to solve many of the world’s problems. The result was an inner transformation of the participants, as well as what audiences report is a personal transformational experience for those who watch the film.

Dalai Lama Awakening will have its official World Premiere in 2014 in several countries around the world simultaneously. The film and Director Darvich have already been invited for an extensive multi-city tour of the film through England, Scotland, Ireland in March and April 2014, as well as to Australia later that summer.

For an announcement of the 2014 World Premiere Date, and to find a film screening near you, please visit the film’s official website at: http://www.DalaiLamaFilm.com ,and visit its Facebook page: http://www.facebook.com/DalaiLamaAwakening

You may watch the film trailer, here: http://www.youtube.com/watch?v=fgiNutr0pig