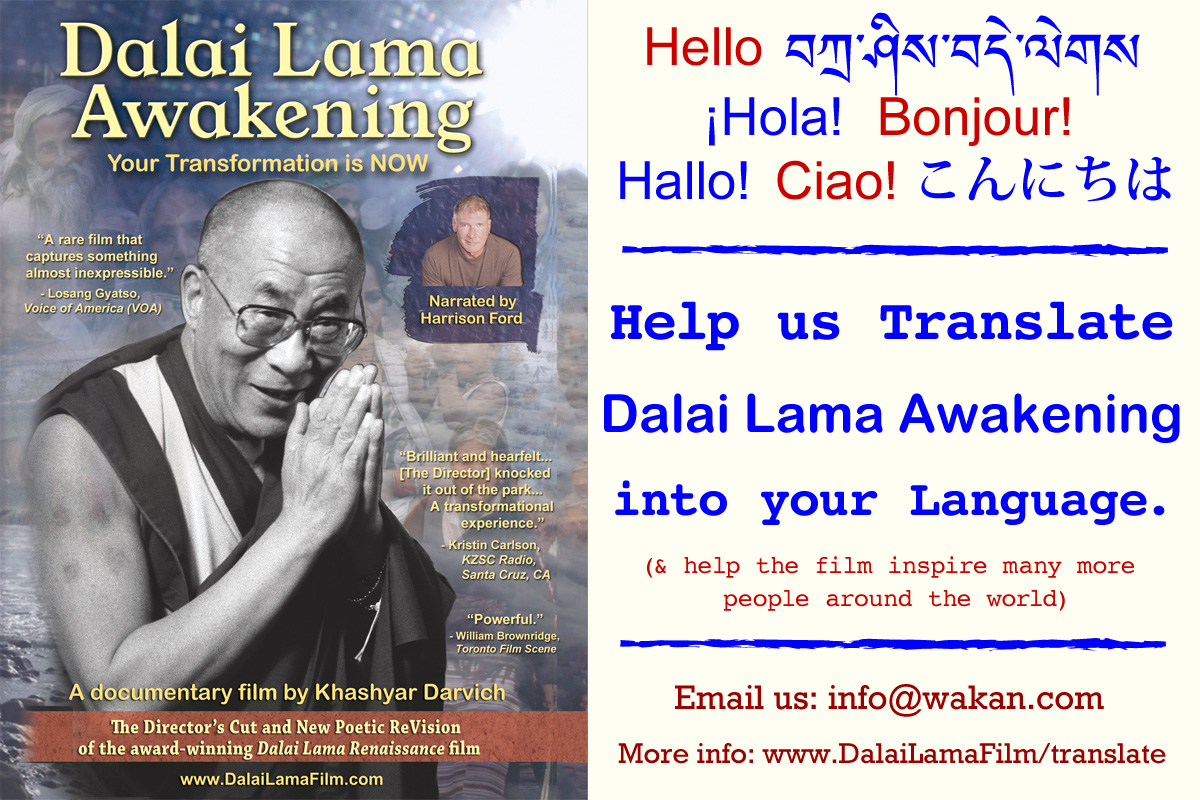 This is Khashyar Darvich, the Producer-Director of the ‘Dalai Lama Awakening’ and ‘Compassion in Action’ documentary films, both featuring His Holiness the Dalai Lama.

We are very happy that our films featuring His Holiness the Dalai Lama have screening in cinemas around the world, and in many languages.

The goal with all of our films is to inspire and transform audiences and serve the Greatest Good in the best way possible.

After screening in cinemas in over 100 cities around the world, we are about to release our ‘Dalai Lama Awakening’ film (narrated by actor Harrison Ford) in several non-English languages so that as many people as possible around the world can be inspired by the Dalai Lama’s wisdom in the film.

We are looking for help to translate ‘Dalai Lama Awakening’ (and the trailer for the film) from English to your native language.

We currently have an English language transcript of the film, and we are looking for native speakers who can watch the English film version, and translate the written English transcript into their language.

We are especially looking for translators who feel that their hearts are inspiring them to help.

The process is simple:

All you need is access to a computer and the internet.

We will share an online Google Spreadsheet with you that you can work on (from your internet browser such as Chrome), that has both the text in English (and a space where you can type your native language translation of that line).

Along with receiving the fulfillment and satisfaction that you are sharing ‘Dalai Lama Awakening’ and the Dalai Lama’s wisdom with a greater number of people, you will also receive either:

2) You will receive the complete set of 4 Dalai Lama films (“The Complete Dalai Lama Film Experience“) (if you would like, signed) AND 10 DVD copies of the current English language version of ‘Dalai Lama Awakening‘ film.

If you are interested, please send us an email to info (at) wakan (dot) com, or send us a message through our Contact Form.

Thank you for your kind help in sharing ‘Dalai Lama Awakening’ with even more people around the world.

Director Khashyar Darvich with His Holiness the Dalai Lama – on their first meeting in 1999 and recently in London. 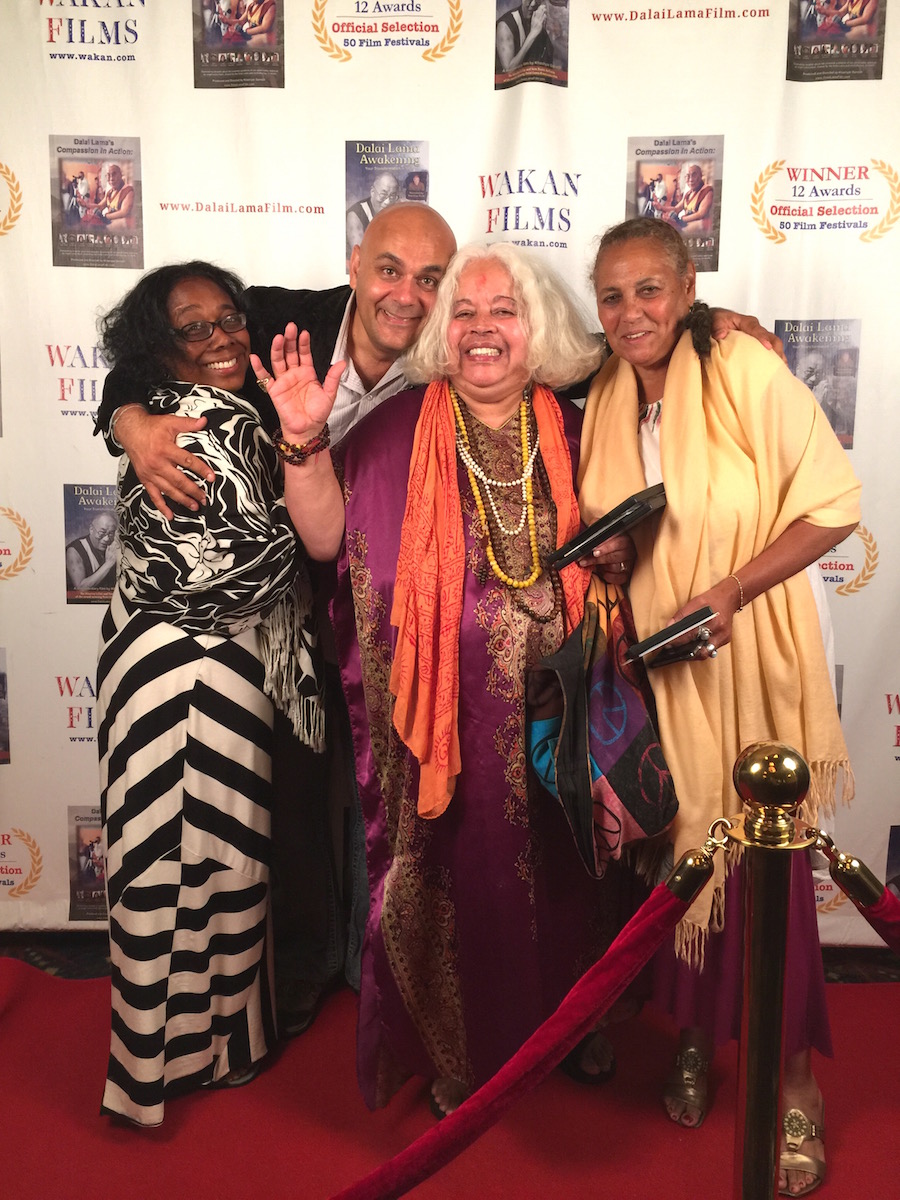