This is Khashyar Darvich, the Producer-Director of the ‘Dalai Lama Renaissance’ Documentary Film (narrated by Harrison Ford), which is now screening in Australia.

I appreciate the warm reception that the film and I have received during this Australian film tour, and appreciate the hospitality and kindness of the organizers of the tour, the Vajrayana Institute, which is a Tibetan Buddhist Centre here in Sydney.

We have had 3 screenings and Director Q&A’s thus far, and at each screening, I have enjoyed very much sharing the film and then speaking with audience members about how the insights that were reflected back to them.

Just as the film acts like a mirror, or a reflection for every person who sees it, each screening and Q&A that I attend is a mirror for me. 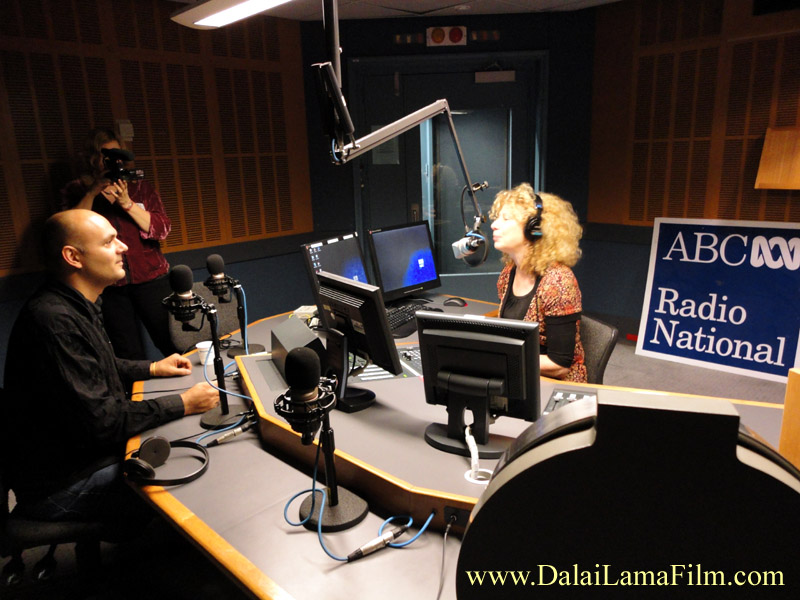 On Tuesday, I was interviewed at ABC studios in Sydney by Rachael Kohn, the host of the popular Australian radio show “The Spirit of Things,” which focuses on spirituality and religion.

We spoke about the film, as well as the inner journey of personal transforamtion that the film illustrates.

She asked some very thoughtful questions, and the national ABC radio broadcast should help to share the film with many more people in Australia.

I will let you know when the interview will air. 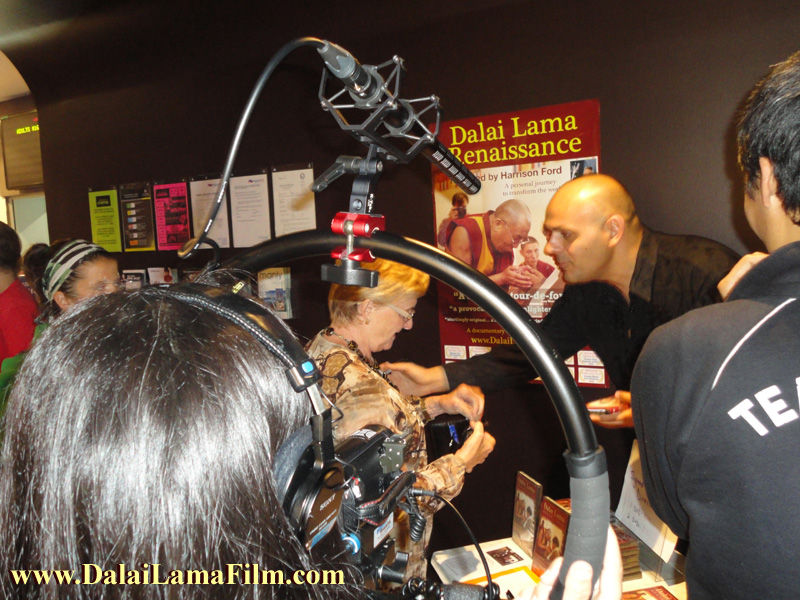 SOLD OUT SCREENING AT the MANLY CINEMA ON MONDAY

We had an enthusiastic sold-out audience at the Manly Cinema in North Sydney, which was a fundraiser
for the Sera Je Tibetan Buddhist monastery in South India, and was organized by the Vajrayana Institute, as well as the Australian Tibetan cultural organization “The Tibet Effect.”

Several audience members, at each of the three screenings so far, have come up to me sharing the they felt inspired and changed by having watched the film. I feel humbled and grateful that the film, and the presence and teachings of the Dalai Lama in the film, is impacting audience members in a positive way.

Our intention throughout the entire process of making and sharing it with audiences around the world has been to impact audiences in a positive way and to serve the Greatest Good.

Our tour organizer just spoke with the cinemas in Melbourne, Brisbane and Perth, and they told me that many tickets have been pre-sold in advance for those screenings, and that there is very strong interest from audiences in those cities.

I would like everyone who wants to share the ‘Dalai Lama Renaissance’ Film experience to be able to attend, so please contact those cinemas as soon as you can to reserve your seat at the screening and Q&A. (contact information for these theatres are on the DalaiLamaFilm.com website).

If we know in advance that shows will be sold out, then we will do our best to schedule additional screenings in those cities so that more people can attend.

LAST SYDNEY SCREENINGS (then to Melbourne, Brisbane, the Sunshine Coast, and Albany & Perth)

We have 3 last screenings in Sydney, before we move on to Melbourne, Brisbane, the Sunshine Coast, and then to Western Australia before I travel back to my home in the United States at the end of December.

The last time that you can see the film in Sydney, and be a part of the Director Q&A, are:

2) Friday Dec 3 – Yoga in Daily Life – Annandale (the last time that you can see ‘Dalai Lama Renaissance’ in Sydney, and participate in the Q&A with the Director. I really like to spiritual feel of their screening venue)

3) Sunday Dec 5 – Vajrayana Institute (we are screening ‘Dalai Lama Renaissance Vol 2: A Revolution of Ideas,’ which is the follow-up to the documentary film… This will be the last and only time that DLR Vol 2 will screen in Sydney, with the Director present)

Thank you for letting your friends in Sydney know about these screenings. (The complete DLR film tour schedule is at the end of this email).

I have enjoyed very much the sincerity and hospitality that I have experienced so far in Australia (as well as seeing the beautiful wildlife and landscapes).

I am looking forward to my next 3 weeks here, and to meeting and sharing the ‘Dalai Lama Renaissance’ film with audiences at every screening.

Thank you for sharing this email with your friends and community, and I hope to meet and speak with you in Australia before I leave back for Los Angeles after Christmas.