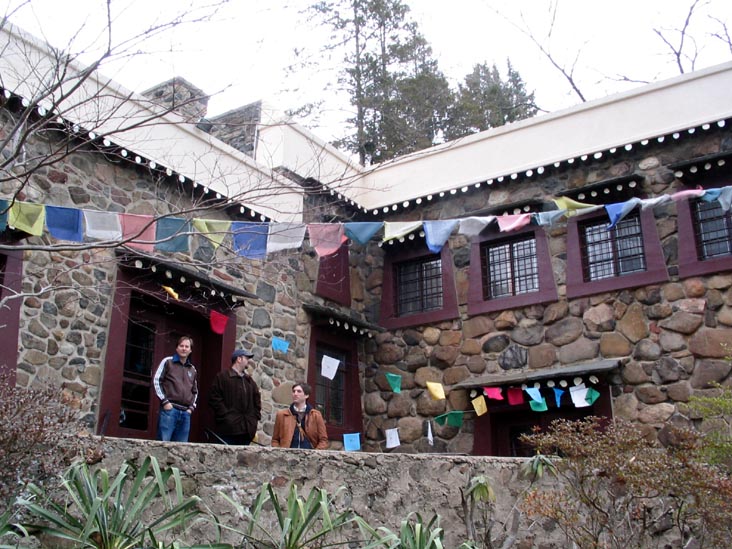 STATEN ISLAND, NY – After winning 12 awards, and screening in hundreds of cities around the world, the ‘Dalai Lama Renaissance’ Documentary Film and Director Khashyar Darvich travel to Staten Island on Wednesday, November 4 for a special film screening and Director Q&A at the Jacques Marchais Museum of Tibetan Art at 7 p.m.

There will be a public reception with the filmmaker before the screening at 6:30.

Featuring the Dalai Lama, and narrated by actor Harrison Ford, the film (www.DalaiLamaFilm.com) tells the story of 40 Western innovative thinkers who travel to the Himalayan Mountains of India to meet with the Dalai Lama to solve many of the world’s problems. What happened was powerful and unexpected, and was captured by a five camera, 18 person crew.

The film features two of the starring quantum physicists from the hit theatrical documentary ‘What the Bleep Do We Know,’ Fred Alan Wolf and Amit Goswami. Also appearing in ‘Dalai Lama Renaissance’ are Michael Beckwith (who appears in ‘The Secret’), radio host and author Thom Hartmann, revolutionary social scientist Jean Houston, Vandana Shiva (social activist, “The Corporation”), and other prominent thinkers.

“I look forward visiting the Jacques Marchais Museum of Tibetan Art,” says Director Khashyar Darvich, “to share the film with audiences in Staten Island, as well as speaking with them about the inner journey of personal transformation, in the presence of the Dalai Lama, that was captured in the film.”

The screening is being hosted and organized by the Jacques Marchais Museum of Tibetan Art (www.tibetanmuseum.org ).

After the Nov 3 Staten Island screening and Q&A, Darvich travels to Montreal for screenings on Nov 4 and 5, and then in Toronto on Nov 6 and 7. ‘Dalai Lama Renaissance’ and Director Darvich return to New York City for screenings at Tibet House on Nov 11, the NY Insight Meditation Center on Nov 12, and the Unity Church of Practical Spirituality on Nov 14. The film and filmmaker then travel  to Australia on November 24 for a five week multi-city Australian tour.

Additional screenings of the film, around the world, can be found at: www.DalaiLamaFilm.com/events