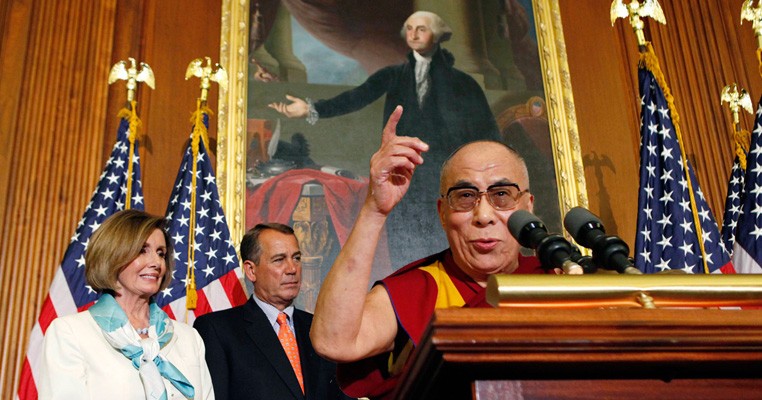 In a meeting with U.S. mayors, he speaks about the cause of Society’s ills and what he believes is the solution

ROCHESTER, Minn – In a meeting yesterday with mayors from across the United States, exiled Tibetan Buddhist spiritual leader His Holiness the Dalai Lama called on America to now focus on developing “inner riches” after having developed into “the most powerful economic country.”

The Dalai Lama, still healing and recovering after undergoing medical “prostate treatment” at Minnesota’s Mayo Clinic in late January, told the mayors: “America is the most powerful economic country. That is commendable. Now the time has come to pay more attention about our inner richness, our inner value. I think the U.S. has great potential in this. If the U.S. is able to develop more cities of kindness and compassion and accordingly a practical human value based education curriculum, it will have an impact. Already many people realize that material progress by itself is not enough to develop a happy life.”

The Tibetan 80-year old Nobel Peace Prize Laureate met with a selection of U.S. mayors, some of whom have worked to foster kindness and compassion in their cities. 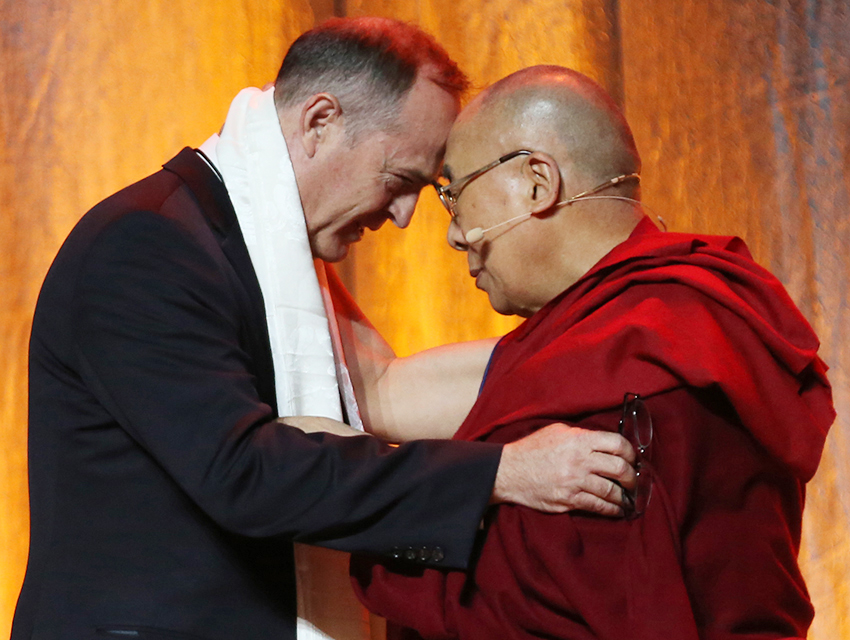 H.H. the Dalai Lama with Anaheim, California Mayor Tom Tait. The City of Anaheim has adopted the name “City of Kindness.”

Among the mayors in attendance were Mayor Tom Tait of Anaheim, CA, Mayor Greg Fischer of Louisville, KY and Mayor Ardell Brede of Rochester, MN.

The Dalai Lama also shared what he believed was the cause of the world’s problems:

The Dalai Lama expressed that an education of kindness and compassion was the way to heal society’s ills:

“I have been having a dialogue with a number of scientists, educational professionals and others over the last ten years. Many of them agreed that the existing educational system was not adequate enough as it was focused on material values. So there was a need to add education on warm-heartedness. However, in the beginning stages this needed to be done on a small-scale level and once the positive results became clear, then it could be expanded to include more schools and places.”

“Political leaders were too busy in today’s existing problems. But this effort was the solution for future problems. I am confident that leaders in the latter part of the century who grow up with a human value based education system will be more compassionate. Then the 21st century can be one of peace and compassion.”

“I remain committed till my death in the promotion of the oneness of seven billion human beings. Whenever I look at another human being I always see them as a fellow human being that automatically brings a strong feeling of closeness. If one considers secondary levels then you are enveloped by a feeling of loneliness.”