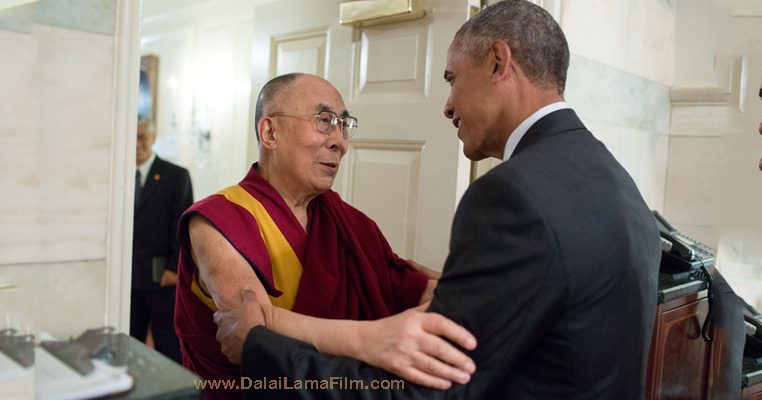 WASHINGTON – President Barak Obama met with His Holiness the 14th Dalai Lama today at the White House, and the President expressed strong support for the protection of Tibetan culture, religion and human rights.

In a statement released by the White House today, President Obama also praised the exiled Tibetan Spiritual leader for “his efforts to promote compassion, empathy, and respect for others.”

The two long-time friends and leaders also discussed the situation for Tibetans inside of Chinese-occupied Tibet, and the President encouraged “meaningful and direct dialogue between the Dalai Lama and his representatives with Chinese authorities to lower tensions and resolve differences.”

The White House statement continues to say that:

“In this context, the President reiterated the longstanding U.S. position that Tibet is a part of the People’s Republic of China, and the United States does not support Tibetan independence. The Dalai Lama stated that he is not seeking independence for Tibet and hopes that dialogue between his representatives and the Chinese government will resume. The President and the Dalai Lama agreed on the importance of a constructive and productive relationship between the United States and China.”