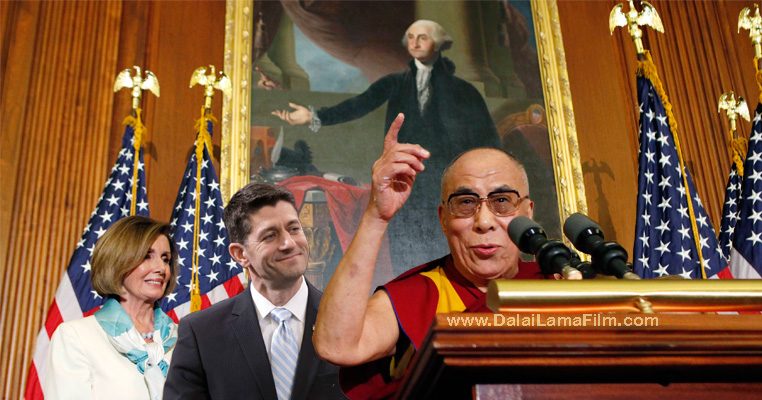 Can the Dalai Lama help change the hostile tone of U.S. election politics in the year of Trump?

WASHINGTON – At the beginning of His Holiness the Dalai Lama’s 15 day visit to the United States, U.S. congressional leaders Paul Ryan and Nancy Pelosi are hosting a bipartisan lunch for the exiled Tibetan Leader on Tuesday, according to their offices.

Approximately 30 members of Congress from both parties will attend, as well as actor Richard Gere, a longtime friend and support of the Dalai Lama.

The Dalai Lama’s visit comes at an important time, as bipartisan divisiveness seems to have escalated during this Presidential election year, highlighted by incendiary rhetoric from Republican Presidential candidate Donald Trump, and criticism being returned from Democrat Nominee Hillary Clinton and other Democrats.

“It is a great official and personal honor to welcome His Holiness the Dalai Lama back to the United States Capitol,” Pelosi said in a statement.

“Our bipartisan luncheon with Speaker Ryan is a tribute to the deep respect His Holiness enjoys on both sides of the aisle for the message of peace, compassion and responsibility he brings to the world. Every time His Holiness visits the Capitol, he reminds us that ‘change comes through action,’ and that Congress must do our part to help the Tibetan people in their fight to preserve their language, culture and religion.”

“It’s an honor to join Leader Pelosi in welcoming His Holiness the Dalai Lama to the Capitol,” Ryan said in his own statement. “His faith is an inspiration to so many.”

On the Dalai Lama’s current visit to the United States, he will also be visiting and holding several public appearances in California, Colorado, Indiana and Utah