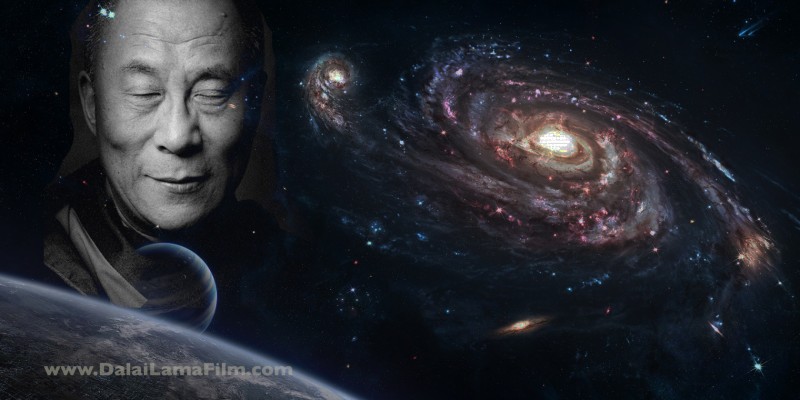 2016 has been an exciting year on the science frontier. Where does Buddhism stand? 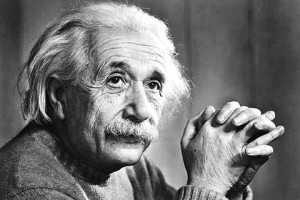 First off, back in February physicists announced that they had finally observed gravitational waves in action. These waves, first put forth by Einstein 100 years ago, were part of his well known theory of general relativity and had been a discovery decades in the making. And now on April 12th, 2016 Stephen Hawking and Russian philanthropist Yuri Miner unveil their highly ambitious Breakthrough Starshot, a long term space exploration project designed to go where none have gone before it.

So what exactly does Breakthrough Starshot propose? Basically the idea is to launch hundreds of extremely tiny and light spacecrafts (about the size of a postage stamp) from the earth equipped with sails that can be pushed along at incredible speeds by a laser beam shot from earth. It is believed that if computer and nanotechnology continue to develop exponentially this isn’t as far fetched as it sounds. In fact the theory is these tiny probes could reach our nearest neighboring star system, Alpha Centauri, and beam back data to earth within 25 years, a relatively short time for a star system 4.3 light years, or roughly 25 trillion miles, away! 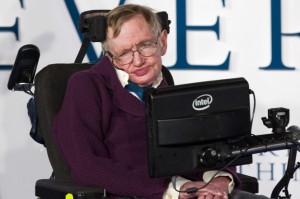 Says Hawking: “The limit that confronts us now is the great void between us and the stars. But now we can transcend it. With light beams, light sails and the lightest spacecraft ever built, we can launch a mission to Alpha Centuari within a generation.”

What exactly are we hoping to find though? Alien civilizations? A better understanding of our universe? Or perhaps a future life raft for when our planet’s resources run out? In his book, “In My Own Words” H.H. The Dalai Lama delves into where Buddhism stands on the question of worlds elsewhere in the galaxy: “The Buddhist scriptures speak of hundreds of billions of world systems—infinite numbers of world systems—and consciousness existing since begin-ningless time. Buddhist scriptures mention the presence of life in other world systems,as well as different types of solar systems and an infinite number of universes.”

Although life has not been scientifically observed on other planets, it would be illogical to conclude that life is possible only on this planet… – His Holiness the 14th Dalai Lama 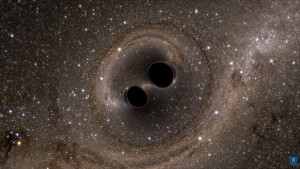 Einstein’s gravitational waves were part of his larger theory on general relativity. Known for it’s famous equation E = mc² it had various aspects to it, one of which was gravitational waves. Basically Einstein proposed that extremely large astronomical events, such as the collapsing of a star, would send ripples out through the very fabric of space-time, hence causing gravitational waves. Well… what scientists recently observed was not one- but TWO stars collapsing into each other and forming one massive black hole. Now this event may have happened around 1.3 billion years ago but the waves finally came whizzing past Earth recently and for the first time ever scientists had in place instruments sensitive enough to pick them up! So how big exactly was this event they detected? Says Physicist Kip Thorne, “It is by far the most powerful explosion humans have ever detected except for the Big Bang.”

If we look at the length of time between Einstein putting forth his theory of gravitational waves and the time it took to actually prove it- 100 years- we can get a sense of the scale in which physicists work within. Hawking’s hope for interstellar space travel within a generation may suddenly seem dubious at best. Truly a job that requires not only faith and patience but a skeptical, attentive mind. In Dalai Lama Renaissance Vol 2: A Revolution of Ideas the Dalai Lama speaks on the shared traits of scientists and Buddhists: “If someone is generally scientific minded then he or she’s attitude should be neutral. And unbiased. And skeptical. Then through experiments… through investigations… the truth eventually becomes clear. The Buddhist way of approach is also basically similar. At the beginning, some skepticism- even  Buddha’s own word- remain a little skeptical. Then investigate and experiment.”

H.H. The Dalai Lama with Physicist Fred Alan        Wolf in COMPASSION IN ACTION.

But while scripture is one thing and experimentation another, where does the Dalai Lama personally stand when it comes to the idea of intelligent life elsewhere in the universe:

“I believe that other worlds exist. Modern cosmology also says that there are many different types of world systems. Although life has not been scientifically observed on other planets, it would be illogical to conclude that life is possible only on this planet, which is dependent upon this solar system, and not on other types of planets.”