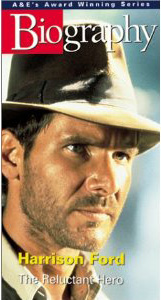 The ‘Biography’ TV episode will air in several international markets around the world, and will feature the fact that Harrison Ford narrated the Dalai Lama Renaissance documentary film (www.DalaiLamaFilm.com).

The ‘Dalai Lama Renaissance’ Documentary Film, which is narrated by actor Harrison Ford, will be highlighted in A&E TV Network’s ‘Biography’ program about the actor

NEW YORK – Dalai Lama Renaissance, the award-winning documentary film narrated by actor Harrison Ford and featuring the 14th Dalai Lama, will be highlighted in the Arts and Entertainment TV Network’s ‘Biography’ program about the life and career of the legendary actor.

“I narrated Dalai Lama Renaissance,” says Harrison Ford, “because I believe His Holiness is making a positive influence in our world.  For me, the film represented an opportunity to continue assisting the optimistic efforts of an extraordinary individual.”

The Dalai Lama Renaissance film (www.DalaiLamaFilm.com), produced and directed by Khashyar Darvich, won 12 awards, was the official selection of over 40 international film festivals, and screened in hundreds of cinemas around the world, including in over 100 cities in the United States. The DVD of the film, as well as the follow-up DVD, Dalai Lama Renaissance Vol 2: A Revolution of Ideas, are now available on the film’s website.

Featuring the Dalai Lama, Dalai Lama Renaissance tells the story of 40 Western innovative thinkers who travel to the Himalayan Mountains of India to meet with the Dalai Lama to solve many of the world’s problems. What happened was powerful and unexpected, and was captured by a five camera, 18 person crew.

After one of Darvich’s interviews with the Dalai Lama, the Dalai Lama affirmed Darvich’s motivations in producing films: “Yes I like your questions,” the Dalai Lama told Darvich, as the two were standing together talking after the interview. “Certainly, your effort can make some contribution—there’s no doubt.”

Dalai Lama Renaissance is only among a small handful of documentaries that Harrison Ford has chosen to narrate during his career. Ford has starred in such blockbuster films as Raiders of the Lost Ark & the Indiana Jones movies, Star Wars, The Fugitive, Witness, and many others. Harrison Ford’s films have one of the highest combined worldwide box office grosses (over $5.5 billion) of any actor in history.

Harrison Ford has previously expressed his support for the Dalai Lama and the cause of Tibetan Independence. In 1995, Harrison Ford spoke before the U.S. Senate Foreign Relations Committee, and testified that: “The Tibetan struggle is no ordinary freedom struggle. The courageous men and women in Tibet have chosen the path laid out by their leader, His Holiness the Dalai Lama. It is a path of non-violence– a path that too few peoples around the world have dared to try… As an American who cares deeply about justice, freedom and democracy, I can tell you that this is a cause that touches at the core of our own values.”

Films starring such big name stars as Richard Gere and Sharon Stone were boycotted by China after the actors expressed support for the Tibet Independence Movement. After Disney released Kundun, Martin Scorsese’s 1997 feature film about the Dalai Lama, the studio incurred the wrath of the Chinese government, and Disney films were banned for an indefinite period of time.

The People’s Daily, a daily newspaper and media arm of the Central Committee of the Communist Party of China, quickly and sharply criticized Dalai Lama Renaissance, writing that the film describes “the Chinese government’s peaceful liberation of Tibet as ‘cruel oppression,’ [and] …what these movies depict is just the ‘anesthesia’ given by the Dalai Lama to the West.”

In contrast, Taiwanese newspapers gave the film rave reviews. The Taipei Times wrote that “the film rapidly grabs hold of you… an insightful documentary.”

On the front page of the Taiwanese The Liberty Times, Harrison Ford was called a ‘Hero’ for narrating the documentary.

Amy Wong of LA Yoga Magazine writes: “it is a stunning tour-de-force [and an] intimate glimpse into the Dalai Lama’s life.”
The DVD for Dalai Lama Renaissance, which includes over 105 minutes of additional Special Features, is available now at: www.DalaiLamaFilm.com. The follow-up to the film, entitled Dalai Lama Renaissance Vol 2: A Revolution of Ideas, is also available on DVD.

The A&E Network, which is jointly owned by the Walt Disney Company, NBCUniversal and the Hearst Corporation, reaches more than 85 million homes in the United States and Canada. A&E’s ‘Biography’ series is broadcast in several languages and countries throughout the world. A&E Television Networks also owns the History Channel and the Biography Channel.