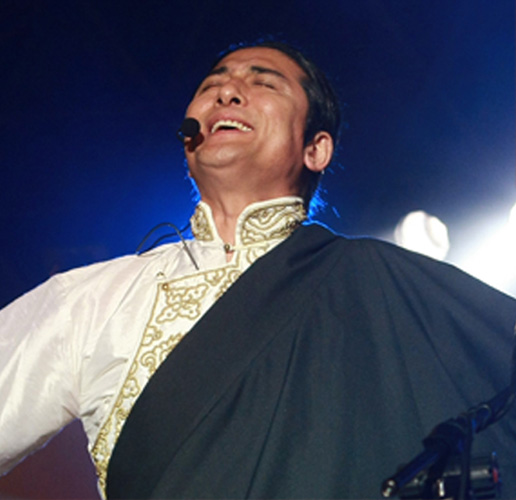 CLEVELAND,OHIO- Renown Tibetan musician Techung, who wrote and recorded all of the Tibet music for ”Dalai Lama Renaissance”, and who recently peformed at Carnegie Hall with Phillip Glass, will be joining “Dalai Lama Renaissance” Producer-Director Khashyar Darvich for Q&A’s at the Cleveland Cinemateque in Cleveland, Ohio.

Techung will join Khashyar at the Saturday 7:30 p.m. and Sunday 4 p.m. screenings of the film at the Cleveland Cinemateque.

Techung is one of the most respected Tibetan musicians in the world, with his music used in other films.

His biography is below:

Techung is a prominent Tibetan singer/songwriter living in exile in the San Francisco Bay Area. He is best known for his performances of traditional Tibetan music, dance, and opera under the name Tashi Dhondup Sharzur. He uses his childhood nickname, Techung, when performing as a solo artist. Whether performing in traditional or contemporary styles, Techung’s dual goals are to revive Tibetan music in the Tibetan community and to expose the rich performing cultural tradition of his homeland to the world community. In addition to being looked up to as one of the key keepers of traditional Tibetan musical traditions, Techung is also respected for the original solo and collaborative music he creates by drawing on both his own heritage and his familiarity with other world music traditions. Techung’s voice and music have been featured on the soundtracks of the IMAX film “Everest,” the feature film “Windhorse,” the documentary films “Stranger in My Native Land,” “Tibet’s Stolen Child,” and “Three Days for Tibet” (about a concert in Dharamsala with Joan Osborne, Zakir Hussein and other musicians). His music was also featured on PSA’s for the Milarepa Fund (promoting the 1999 Tibetan Freedom Concert), Students’ For a Free Tibet’s DVD demo “Tibet Will Be Free”, and Amnesty International (soliciting support for the human rights case of Ven. Palden Gyatso), as well as on an audio book by Diki Tsering titled “Dalai Lama, My Son.” His music is currently being used in the documentary film “What Remains of Us” which was selected at 2004 CANNES film festival. His music will be used in the upcoming Tibetan feature film “Dreaming of Lhasa” (working title: Poison Charm) directed by Tenzing Sonam and Ritu Sarin. 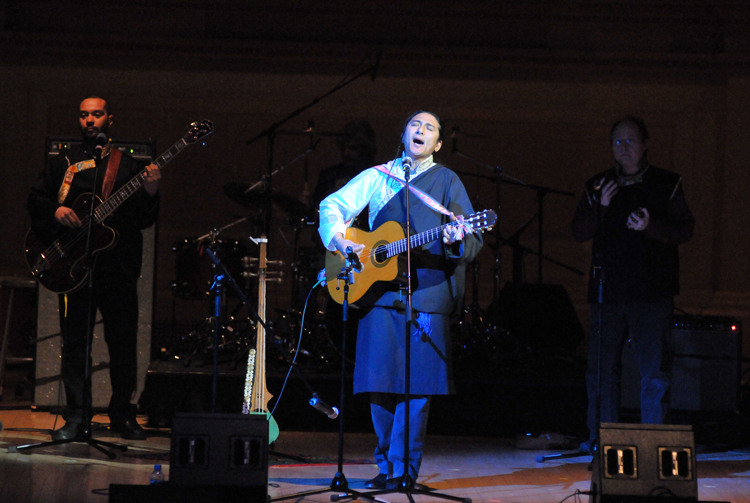