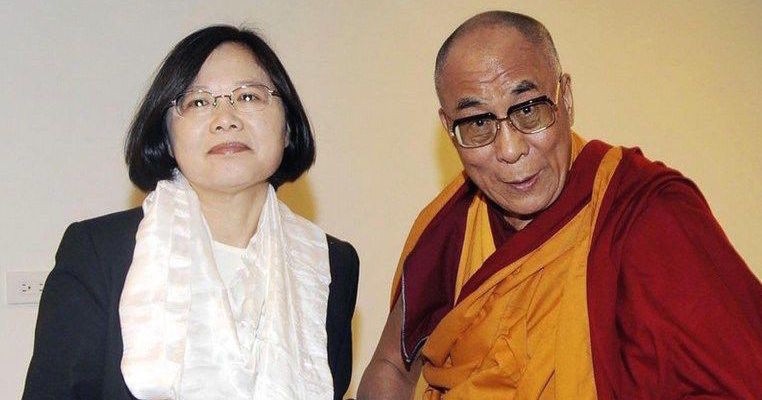 There are reports that in early 2015 the newly elected President invited the Dalai Lama to visit Taiwan while she was her party’s Chairperson.

Does the election of Tsai Ing-Wen mean a closer relationship between Taiwan and the Dalai Lama and Tibetan Government in Exile? 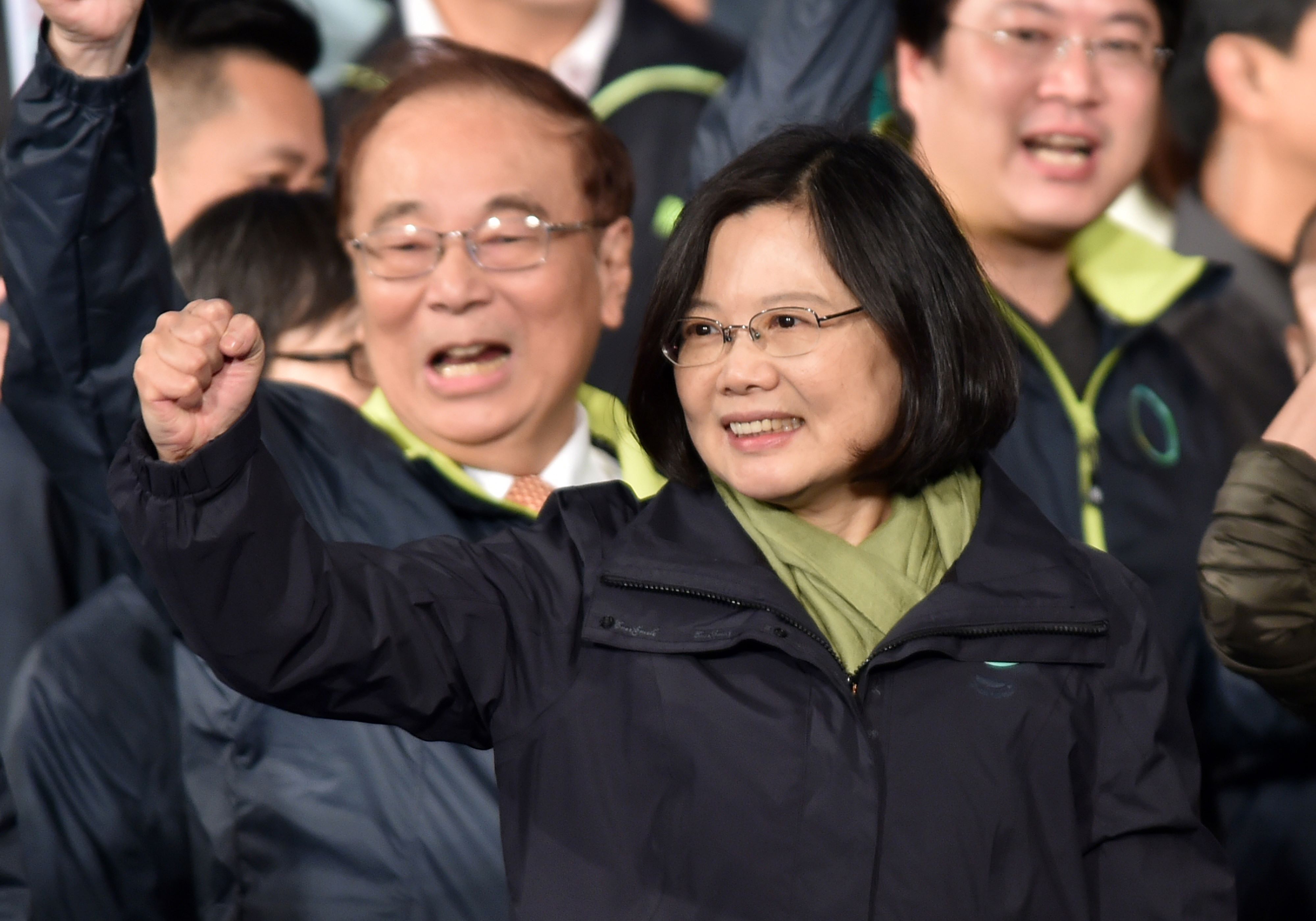 Ms. Tsai won in a landslide, receiving 56 percent of the vote in the multi-candidate race.

Many Taiwanese People are sympathetic to the struggle for independent of the Tibetan People, as the Taiwanese have been aspiring for independence from China since 1949, when losing Chinese Nationalists fled to Taiwan from Mao Zedong’s Communists during the Chinese Civil War.

Soon afterwards, in 1950, China invaded Tibet, and in fear of his life, the 14th Dalai Lama fled to India in exile in 1959. Tibetans have been seeking independence since.

The Taiwanese People are under a different psychological occupation, as Goliath Brother China is thought to be aiming hundreds of missiles at Taiwan.

Not surprisingly, the January 16 election of Tsai Ing-Wen appears to have made China nervous and irritated, as new President Tsai’s policies will most likely depart from those of her predecessor, former Nationalist Party Taiwanese President Ma Ying-jeou, who worked to warm relations with China during his term in office that began in 2008.

“We hope Tsai can lead the DPP out of the hallucinations of Taiwanese independence, and contribute to the peaceful and common development between Taiwan and the mainland,” wrote The Global Times, published by the Chinese Communist Party’s official People’s Daily newspaper

“If there is no peace and stability in the Taiwan Strait, Taiwan’s new authority will find the sufferings of the people it wishes to resolve on the economy, livelihood and its youth will be as useless as looking for fish in a tree.”

“There is only ‘one China’ in the world,” affirmed China’s Ministry of Foreign Affairs. “The mainland and Taiwan both belong to one China, and China’s sovereignty and territorial integrity will not brook being broken up.”

Even though Tsai Ing-Wen’s Democratic Progressive Party has traditionally advocated independence from China, the new President began her presidency with a careful diplomatic statement:

“I also want to emphasize that both sides of the Taiwanese Strait have a responsibility to find mutually acceptable means of interaction that are based on dignity and reciprocity,” Tsai said.

“We must ensure that no provocations or accidents take place,” she added. “Any forms of suppression will harm the stability of cross-strait relations”.

Similar to how it inoculate the Chinese internet from the Dalai Lama, China has already begun to censor the new President, as China’s version of Twitter, Sina Weibo, has reportedly blocked Tsai’s account once it became clear that she was winning the election.

Sure to make the Chinese Government even more reticent is the fact that new President Tsai Ing-Wen has met with exiled Tibetan leader the 14th Dalai Lama on at least one occasion. 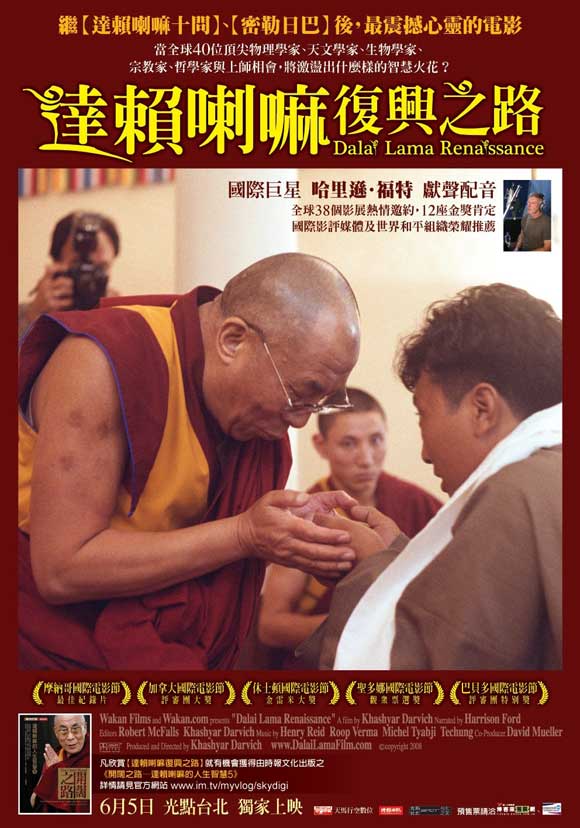 The ‘Dalai Lama Renaissance’ documentary film, narrated by Harrison Ford, premiered in Tawain to sold out audiences, rave reviews and attacks from the Chinese Government.

The Dalai Lama visited Taiwan in 2009, officially invited by the mayors of several Taiwanese towns devastated by Typhoon Morakot so that the Dalai Lama could bless survivors of the natural disaster, which killed more than 400 Taiwanese.

Infuriated by the Dalai Lama’s 2009 visit, China pressured former President Ma Ying-jeou to decline a visa for the Dalai Lama for the Tibetan leader’s anticipated visit to Taiwan in 2012.

Taiwan’s former representative to the United States, Joseph Wu, criticized then President Ma Ying-jeou for declining the Dalai Lama’s visa: “[President Ma Ying-jeou] depends on China economically to the degree that now China can dictate his foreign policy. Ma has forgotten what Dalai Lama means to the world but has remembered well that he should not do anything to irritate China.”

Two months before the Dalai Lama’s September 2009 visit to Taiwan, the Chinese Government was angered that a Dalai Lama Renaissance, a documentary film featuring the Dalai Lama that is narrated by Harrison Ford, premiered in theaters across Taiwan.

Even though the Taiwanese press gave the film rave reviews and called Harrison Ford a “hero” for participating in the film, the Chinese Government’s People’s Daily newspaper attacked the film, writing that “The part of the movie related to the peaceful liberation of Tibet was filled with political bias… [reflecting] the ‘anesthesia’ given by the Dalai Lama to the West…”

But there is hope that new President Tsai might develop a closer relationship with the Dalai Lama, although she might do so quietly and cautiously. 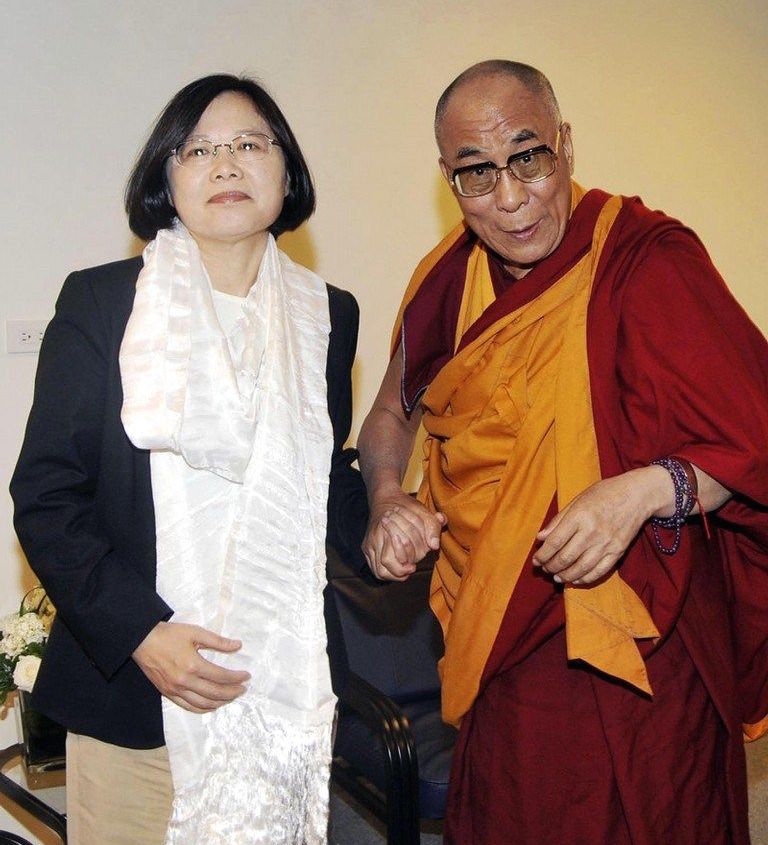 In early 2015, the Storm Media Group reported that, when Tsai Ing-wen was her party’s Chairperson, she secretly asked Taiwan’s National Security Director Tsai Der-sheng to personally deliver an invitation to the Dalai Lama to visit Taiwan during Tsai Der-sheng’s visit to India.

In addition, Tsai Ing-wen reportedly asked Taoayuan Mayor Cheng Wen-tsan, who was helping with the Dalai Lama’s visit to Japan, to also begin preparations for a Taiwan visit of the Exiled Tibetan Spiritual Leader.

However, Dawa Tsering, Chairman of the Tibet Religious Foundation of His Holiness the Dalai Lama (which serves as an unofficial Taiwanese Embassy for the Tibetan Government in Exile) denied the report, as did Present Tsai’s Democratic Progressive Party.

“As far as I know,” Dawa Tsering commented to the Taipei Times, “Tsai Der-sheng did travel to India, but he was there for a tour with his family. While his family did request to see His Holiness, it has nothing to do with inviting him to visit Taiwan, and I have never heard of such an invitation.”

Even if the new Taiwanese leader wanted a closer relationship with the Dalai Lama or to take the bold step to support or advocate Tibetan Independence, it probably would be careful to not overly anger China.

As is true with Tibet, the United States and many other countries recognize China’s claim that Taiwan is a part of China, and does not recognize Taiwanese or Tibetan independence.

But Taiwan has been more fortunate than her Tibetan sister, in that Taiwan has been able to maintain functional and cultural independence thus far, even as Tibetans have suffered cultural genocide and armed occupation since the 1950 Chinese invasion of Tibet.