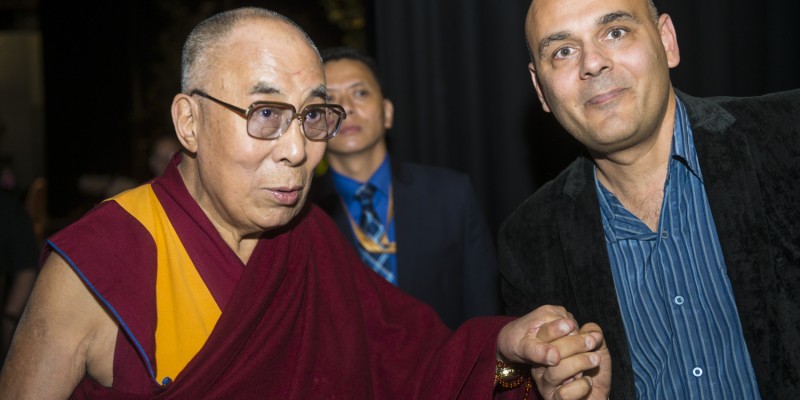 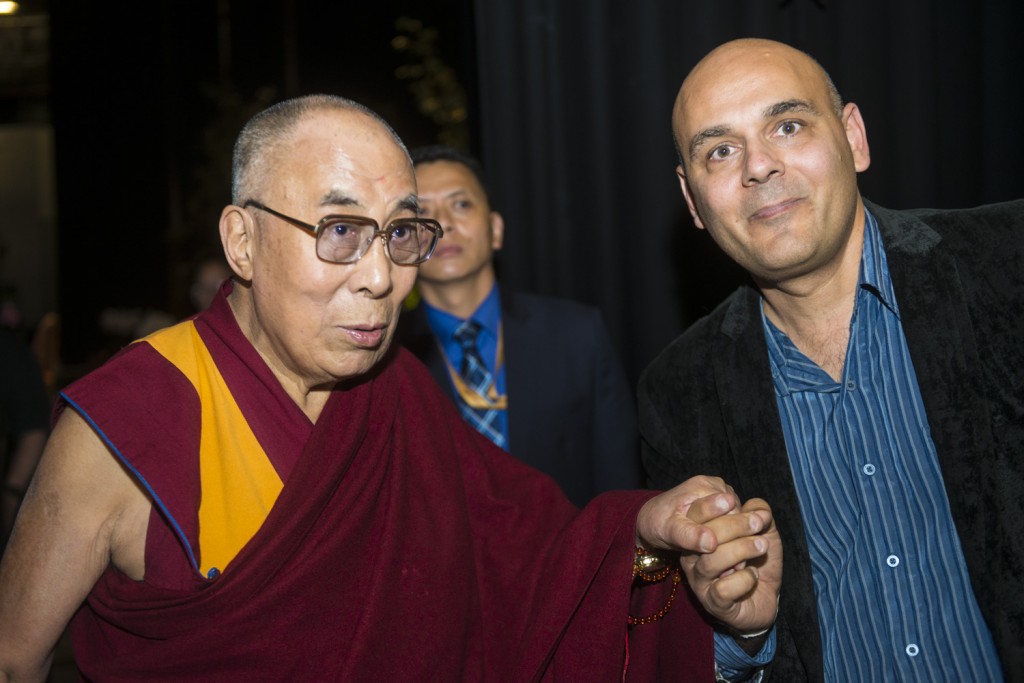 At film screenings around the world of our new films, ‘Dalai Lama Awakening’ and ‘Compassion in Action,’ audiences often ask me during Q&As what I personally learned from His Holiness the Dalai Lama during my interviews and time with him.

What did I experience and learn from the Dalai Lama that might bring insight into our lives?

I am very grateful that I had the opportunity and blessing to interview the Dalai Lama for multiple films and projects.

I could not have planned or imagined the road that has brought me to this point, but I know that one of my jobs in this lifetime is to share transformational films with as many people as possible so that it mayserve everyone’s Highest Good.

When I sat down with His Holiness during my first interview with him in 1999 for a film about peace, the Dalai Lama wasn’t as universally recognized as the icon of peace and compassion that he is today. I had heard so much about him, and was ready to pay keen and sensitive attention to my time with him.

As the interview began, I sat about 5 feet away from him as he sat smiling on a sofa in one of his audience rooms, decorated with bright-colored Tibetan tankas and Buddha statues. I don’t often share this because I’m not someone who normally sees things, but as I was listening to his answers to my questions, I was aware that the room filled with an illuminating compassionate glow- a slightly orange-yellow hue.

What I experienced felt as real as our raw awareness of deja-vu, or being struck with the certainty of knowing something that you otherwise cannot touch, hear or feel.

I felt completely comfortable and at ease.

And at that moment, I realized that for the first time in my life, I was sitting with the most naturally and easily compassionate man that I had ever met.

I had known kind and compassionate people before: my mom (who overcame suffering and abuse through kindness and compassion); and perhaps a teacher or two.

At that moment with the Dalai Lama, I was struck by the realization that compassion and kindness were the natural essence of who we each are.

As children, we are naturally loving, trusting and kind.

Yet as the world imprints its skepticism and pain within us with each passing year, we start to fear, judge and close our hearts.

This process of closing our hearts, for some of us, leads to bitterness and isolation in old age.

But if now, as adults, we let go of our pop psychology rooted in ego, judgment and fear, and trust in the openness of our hearts, then what we are left with is an easy and natural open-heartedness. And perhaps, or especially: love.

This realization with the Dalai Lama became a touchstone moment for me.

Whenever I am in a situation where I am unsure of how to behave, or how to respond, I place my attention to my heart-center, take a relaxing breath, and allow my heart to open as I trust the intelligence of the heart.

His Holiness the Dalai Lama’s good friend, Franciscan monk Brother Wayne Teasdale, who also is featured in the ‘Dalai Lama Awakening’ film, spoke with the Dalai Lama about the concept of the “intelligence of the heart” during an intimate dialogue captured in another film of the Dalai Lama Film series entitled “Dalai Lama Renaissance Vol 2: A Revolution of Ideas.”

At that time, I hadn’t tested that idea and integrated it and made it my own, but through attending hundreds of audience Q&As with our Dalai Lama films, and through doing my best to put the teachings of these films and the blessed moments with His Holiness into practice, I have come to realize that the heart DOES have an intelligence- a deeply guided and safe wisdom that we can fully trust.

Another lesson that I learned from my time and work with His Holiness is listening to and trusting our inner guidance, and allowing that to guide us in our day-to-day lives.

Creating and distributing the initial ‘Dalai Lama Renaissance’ documentary film, and then fully realizing the vision of that special moment with His Holiness in our new ‘Dalai Lama Awakening’ film, became a profound lesson in seeking and trusting our inner guidance, even in the face of friends and colleagues (and experts) telling you to do something different.