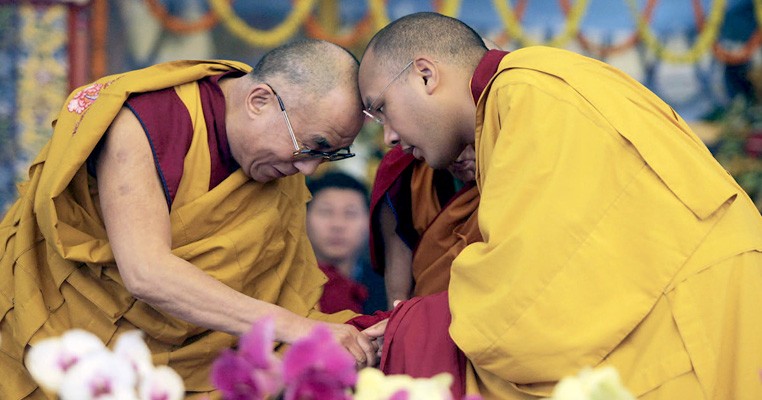 In 2012 and 2015, there were credible reports that China was plotting to assassinate the Dalai Lama, which led to increased security.

BODHGAYA, India – A female Chinese tourist threw a hard-covered book at Tibetan Spiritual Leader H.H. the 17th Karmapa as he left a special prayer venue near the Northeastern Indian city of Bodhgaya.

The 30 year-old Tibetan Lama safely ducked the projectile, and the Chinese tourist, Zheng Manxin, was detained and is being questioned Indian police and Intelligence agencies.

The incident took place yesterday, one km to the northwest of Mahabodhi Temple (“Great Awakening Temple”), which marks the site of Buddha’s enlightenment.

Indian authorities reported that the language barrier is making questioning difficult, and that the Chinese suspect has been in Bodhgaya for some time with an Indian visa that expires next month.

The Karmapa is in Bodhgaya giving teachings to thousands of students and followers from around the world.

The 17th Karmapa, Ogyen Trinley Dorje, is the head of the Kagyu “black hat” school of Tibetan Buddhism, and is considered the second most prominent Tibetan Buddhist Spiritual leader next to His Holiness the 14th Dalai Lama.

The Karmapa escaped Chinese-occupied Tibet the age of 14, and after traveling through Nepal, arrived safely in Dharamsala, India on January 5, 2000 where the exiled 14th Dalai Lama (and the Tibet Government in Exile) make their home.

In 1992, Dorje was recognized by the Dalai Lama as the 17th Karmapa.

This latest bizarre book-throwing incident underscores the importance of heightened security for both the Karmapa and Dalai Lama.

In 2015, an Indian media report stated that security had been increased around the Dalai Lama, “in view of the threat perception to his life” after arrests of several “Chinese spies.”

The Dalai Lama confirmed in 2012 that he had received reports from inside Chinese-controlled Tibet that China was training Tibetan women in a plot to assassinate him.

“We received some sort of information from Tibet,” the Dalai Lama shared with the British Telegraph newspaper.

“Some Chinese agents training some Tibetans, especially women, you see, using poison – the hair poisoned, and the scarf poisoned – they were supposed to seek blessing from me, and touch my hand.”

The Dalai Lama escaped Tibet in 1959 after the China invaded and occupied his country, and Tibetans have been seeking independence and religious and culturing freedom since.