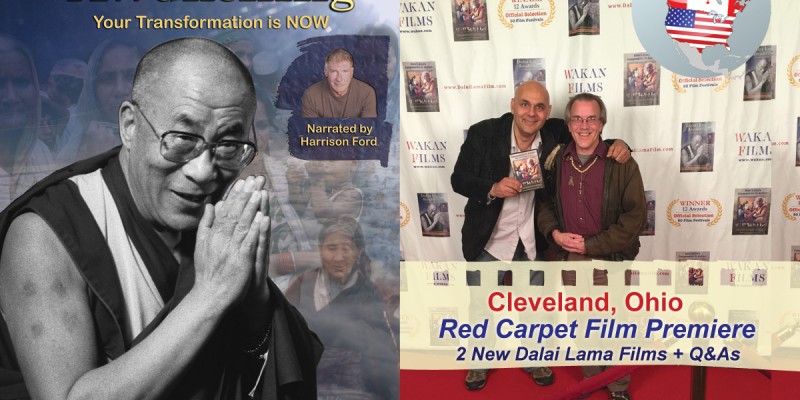 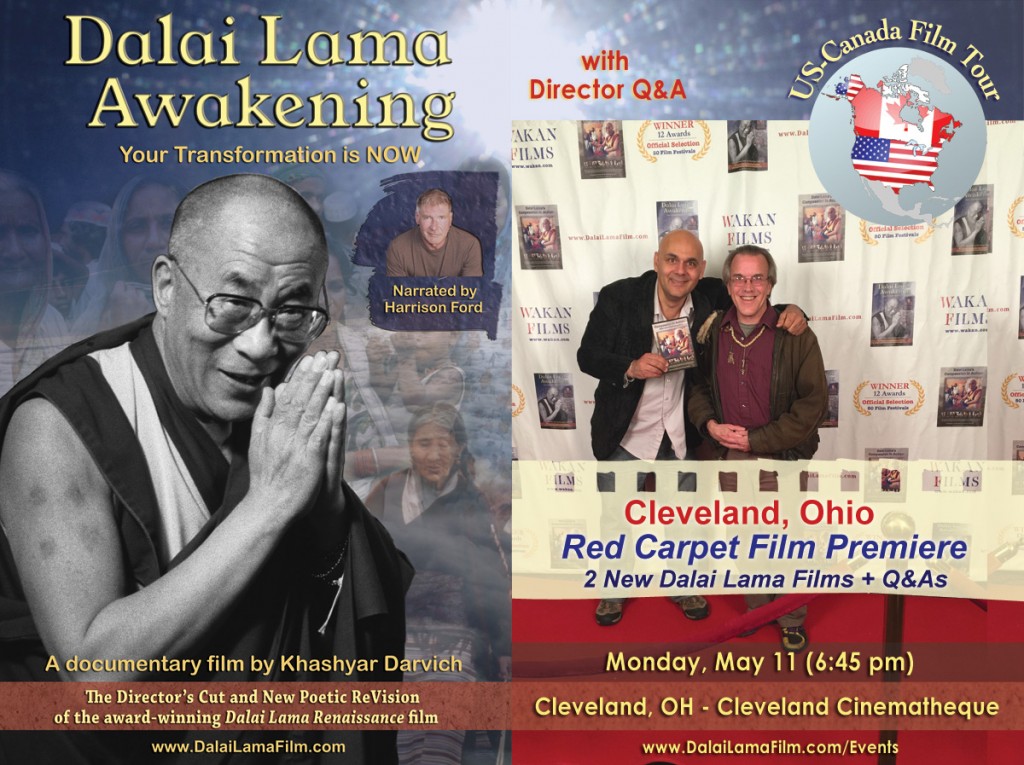 (Thank you for sharing this with your friends near Cleveland, Ohio)

Los Angeles Film Director Khashyar Darvich and his two newest films featuring the Dalai Lama, ‘Dalai Lama Awakening’ (narrated by Harrison Ford) and ‘Dalai Lama’s Compassion in Action, travel to Cleveland, OH on Mon. May 11 at the Cleveland Cinematheque for their CLEVELAND RED CARPET FILM PREMIERES as a part of a 100-city U.S.-Canada film tour.

For tickets and information, visit: http://www.cia.edu/cinematheque/film-schedule/2015/05/dalai-lama-awakeningcompassion-in-action

Even though Director Khashyar Darvich now lives in Los Angeles and Washington D.C., he grew up in Oxford, Ohio and graduated from Baldwin-Wallace College with a degree in English Literature.

“Growing up in Ohio,” says Darvich, “profoundly influenced me as an artist and filmmaker. As I have traveled around the world and shared my films with audiences in many countries, I feel like I take the part of my Ohio upbringing that is friendly, open-hearted and curious about other people and places.”

This special Cleveland Film premiere of “Dalai Lama Double Feature” Film Tour will take place on Monday, May 11 at the Cleveland Cinematheque, with the first screening beginning at 6:45 p.m. For tickets and information, visit: www.DalaiLamaFilm.com/events or http://www.cia.edu/cinematheque/film-schedule/2015/05/dalai-lama-awakeningcompassion-in-action