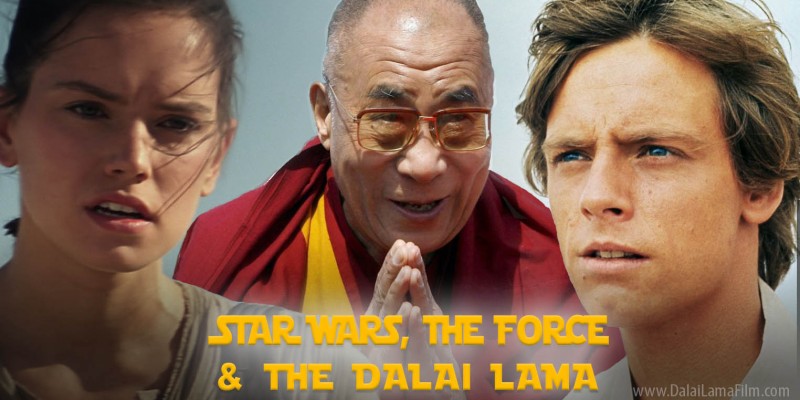 Star Wars, the Force and the Dalai Lama

In the year of Star Wars, the Dalai Lama AWAKENS us to the Jedi power of the Force…

“The force is what gives the Jedi his power. It’s an energy field created by all living things. It surrounds us. It penetrates us. It binds the galaxy together.” – Obi-Wan Kenobi 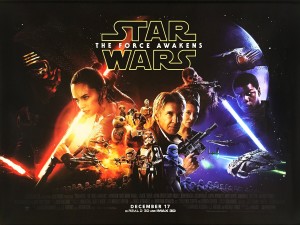 This past winter saw the release of the long awaited Star Wars: The Force Awakens. Taking place around 30 years after the events of Return Of The Jedi, the film deals with characters both old and new while continuing the epic space drama about the galactic struggle between the two opposing sides of “the force.”

Coincidentally, this winter also saw the premiere of a new documentary starring His Holiness the Dalai Lama and narrated by Han Solo himself- the always captivating Harrison Ford. Dalai Lama Awakening (the title similarities being complete coincidence) tells a story of the battle within each one of us as we are taken on a journey to transcend the ego and embrace love and compassion instead. As Anakin says in Star Wars: Attack of the Clones: “Compassion, which I would define as unconditional love, is central to a Jedi’s life.” If this is indeed true, the Dalai Lama must be made an honorary Jedi!

“May the Force be with you…”

While the concept of “the force” is more akin to the philosophies and religions of the East than those in the West, there is not a precise connection to any one belief system but rather a number of sources that were no doubt taken as inspiration by George Lucas, the inventor of the Star Wars univers 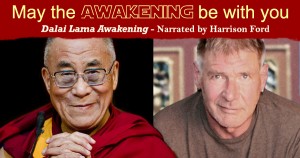 e. For instance, while the Yin/Yang of Taoism does not go so far as to paint the dark and light forces as “good” or “evil,” there is of course a similarity clearly visible. One can also see echoes of Jedi beliefs in the dogma of Zoroastrianism and of course in Buddhism as well. For instance, while the Yin/Yang do not subscribe to “good” and “evil” per-say, Buddhism allows for a little more, as the Dalai Lama himself has indicated that he believes in dark forces of sorts in his opposition to Shugden (a spiritual entity long associated with controversy in Tibetan Buddhism). In 1996, in a quote seemingly right out of Star Wars, His Holiness went so far as to state, “it has been fairly clear that Shugden is a spirit of the dark force.” It is with Compassion that the Dalai Lama believes we should confront these dark forces.

The Jedi as Monks 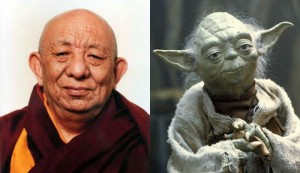 Buddhist similarities don’t stop there however. Whether it is Obi Wan living as a hermit on Tatooine or Yoda, hidden away in the Dagobah system in his cave, the parallels with the lifestyle of a monk are easy to see. These strange mystical- and almost mythical beings- live hermetic lifestyles free from attachments and possessions, and Yoda himself is rumored to have been based on an actual Tibetan monk that George Lucas once crossed paths with. (Be sure and check out the Yoda Sutras if you have a chance as well). 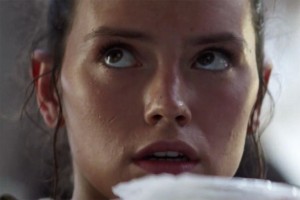 Rey from THE FORCE AWAKENS

The Dalai Lama has more in common with the famous heroes from the Star Wars saga than one might think. The Dalai Lama, Luke Skywalker and our newest hero from The Force Awakens, Rey, are all ripped from their homes at a young age and forced into exile by armed conflict. While Luke and Rey are on the run from the Empire, His Holiness has been in exile from his home in Tibet for over 50 years, ever since the Chinese caused him to flee under fear of death in 1959. It is through embracing a mystical religion of sorts that these characters attempt to achieve peace and serenity in their own lives and in the world around them.

Now of course our Jedi friends have been running around for many films wielding lightsabers and waging war in an attempt to restore peace and order to the galaxy, and the Dalai Lama is not one to justify war as principle. But if you take it with a symbolic grain of salt, the outward battles in Star Wars can be seen as of the internal struggles inside all of us in the same way the literal battles in the Bhagavad Gita can be seen as an allegory for the symbolic battles we all fight within ourselves. 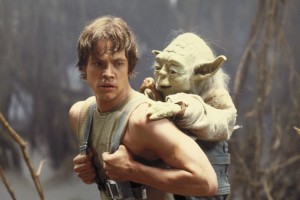 Our constant struggle to rise above our previous selves is readily apparent in the hero’s journey we experience throughout the Star Wars saga. What starts as a story of good vs evil ultimately becomes a story of enlightenment and redemption as Luke ultimately throws down his lightsaber at the end of Return of the Jedi and stands up against the evil forces of the Empire with nothing but the compassion in his heart. That his father, Darth Vader (spoiler alert?) ultimately comes to his aid and saves him from the evil Emperor should come as no surprise as the father and son are illustrative of the eternal recurring of the universe- embodied in Buddhism in reincarnation. It is through this passing on of the family lineage that Star Wars continues the quantum battles in the universe- the ever-moving and always changing struggles to be at peace and in balance.