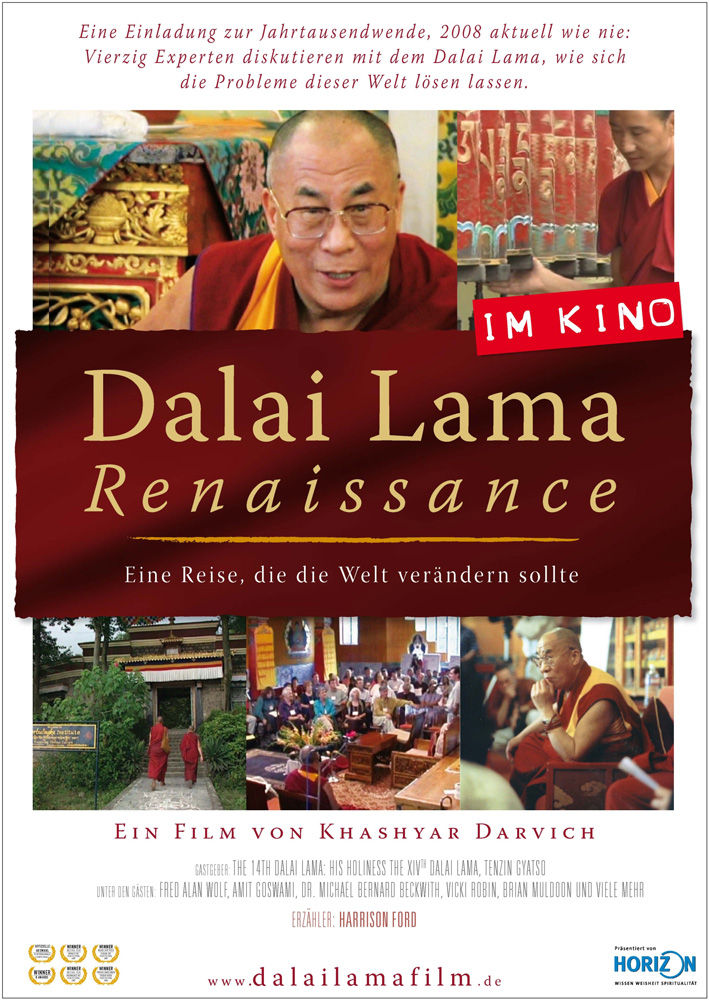 It is interesting to read what International newspapers and film critics write about “Dalai Lama Renaissance.”

For example, the major newspapers in Taiwan gave the film overwhelmingly positive reviews:

“A memorable gathering of elites… an inspiring documentary which depicts the Dalai Lama philosophy of peace… Full of meaning… Powerful.”

“A big spiritual harvest for everyone.”

“No empty seat at the premiere of the documentary ‘Dalai Lama Renaissance… The Taipei premiere has attracted a full house and many people were touched after watching the film.”

Here are some reviews of “Dalai Lama Renaissance” from major German and Austrian newspapers:

“Freed from their daily academic work, from the comforts and consumerism, thrown into the completely different culture of India, perspectives and thought processes change. The result is an authentic picture of buddhist teachings, to the essence of which the following sentence belongs: ‘Words are bubbles of water, deeds (acts) are drops of gold.”
***

“Dalai Lama Renaissance is a wonderful and fresh perspective of the Dalai Lama and on us in the world who are socially conscious (or care).”

“A Discussion forum at the highest level”