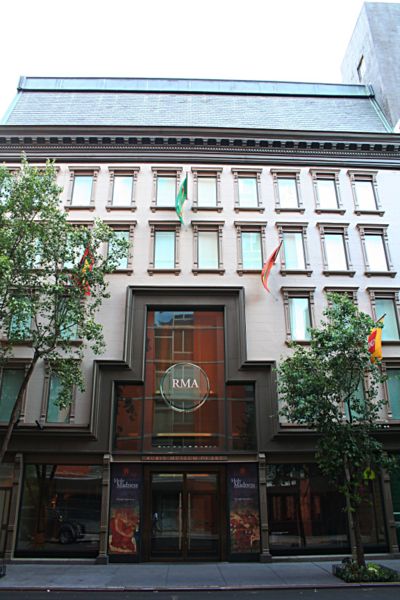 "Dalai Lama Renaissance" will have its New York premiere at the prestigous Rubin Museum of Art on Feb 21, 2009

‘Dalai Lama Renaissance’ tells the story of 40 Western innovative thinkers who travel to India to meet with the Dalai Lama to solve the problem of world peace. What happened was surprising and unexpected, and was captured by a five-camera, 18-person crew.

The film features two of the starring quantum physicists from the hit theatrical documentary ‘What the Bleep Do We Know,’ Fred Alan Wolf and Amit Goswami. Also appearing in ‘Dalai Lama Renaissance’ are Michael Beckwith (who appears in ‘The Secret’ with Wolf), Air America radio host Thom Hartmann, and other prominent figures.

Producer-Director Khashyar Darvich will attend the screenings on Feb. 21 and 22 to discuss the film with audiences.

This is the first film about the Dalai Lama and Tibet to open theatrically in the United States since the international spotlight placed on China for its firm handling of Tibetan protesters speaking out against Chinese policies in Tibet.

“I narrated ‘Dalai Lama Renaissance,'” says Harrison Ford, “because I believe His Holiness is making a positive influence in our world.  For me, the film represented an opportunity to continue assisting the optimistic efforts of an extraordinary individual.”

Media interviews are available.
ABOUT THE RUBIN MUSEUM OF ART
The Rubin Museum of Art, home to a comprehensive collection of art from the Himalayas and surrounding regions, regularly hosts events featuring luminaries such as Martin Scorsese, Lou Reed, Gloria Steinem, Laurie Anderson, Roseanne Cash and Elvis Costello.  For details, visit www.rmanyc.org.