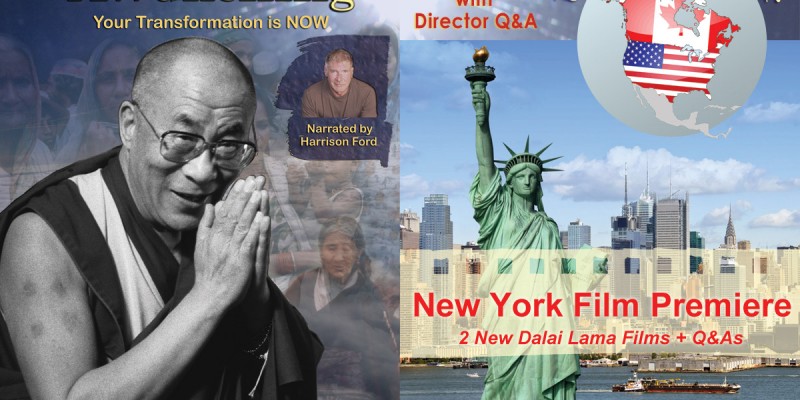 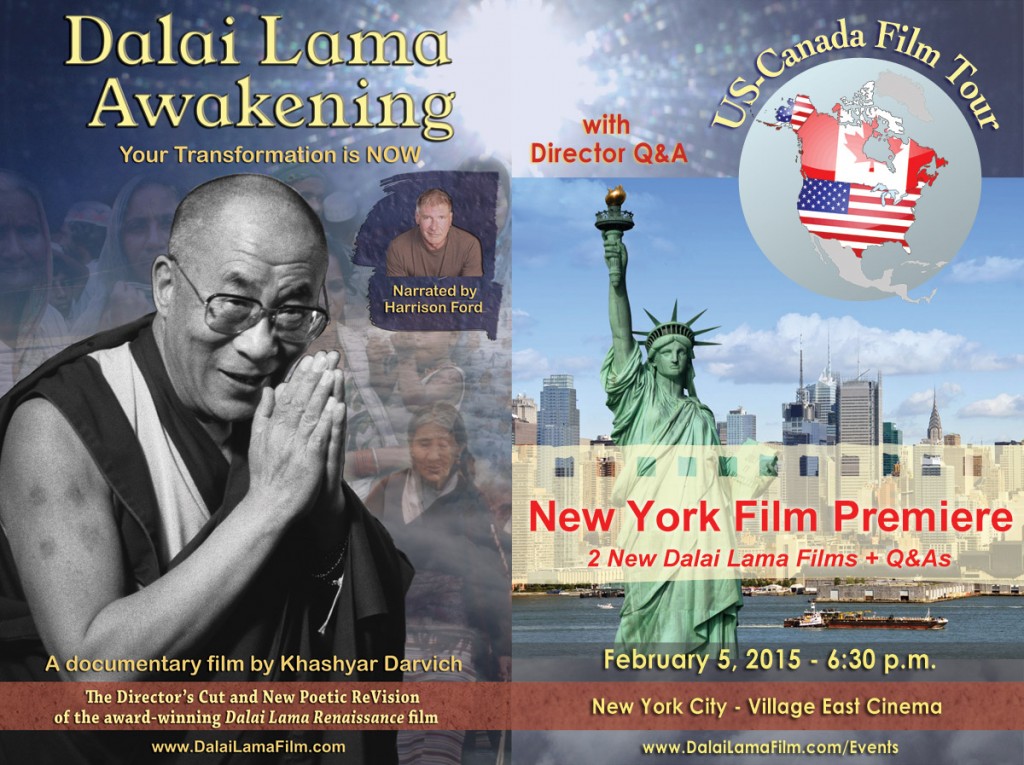 The Film Premiere of Dalai Lama Awakening (narrated by Harrison Ford) and Dalai Lama’s Compassion in Action are a part of a 100-city U.S.-Canada “Dalai Lama Double Feature” Film Tour that has enjoyed sold out screenings and rave reviews.

NEW YORK, NY, February 5, 2015 – After a successful 36-city film tour of the UK-Ireland, and sold out screenings in cinemas in the U.S. and Europe, Director Khashyar Darvich and his two new Dalai Lama films bring their “Dalai Lama Double Feature” Film Tour (www.DalaiLamaFilm.com) for their theatrical film premiere in New York City on Thursday, February 5, 2015.

The New York City February 5 Film Premiere will be held at the Village East Cinema in New York beginning at 6:30 p.m. Director Khashyar Darvich will be present at the premiere to participate in a Q&A with audiences. Tickets are $20 for both films of the “Dalai Lama Double Feature,” and are available at: https://www.citycinemas.com/village-east-cinema/film/dalai-lama-awakening-compassion-in-action