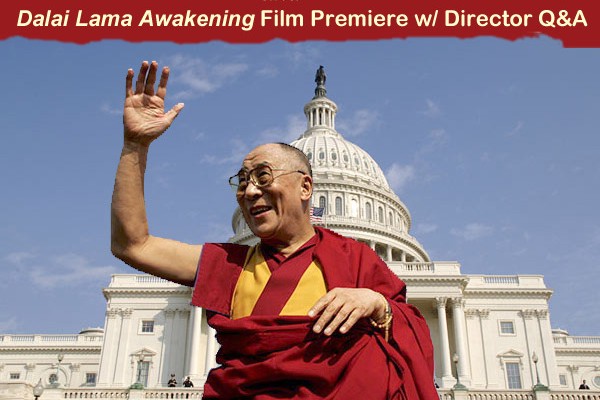 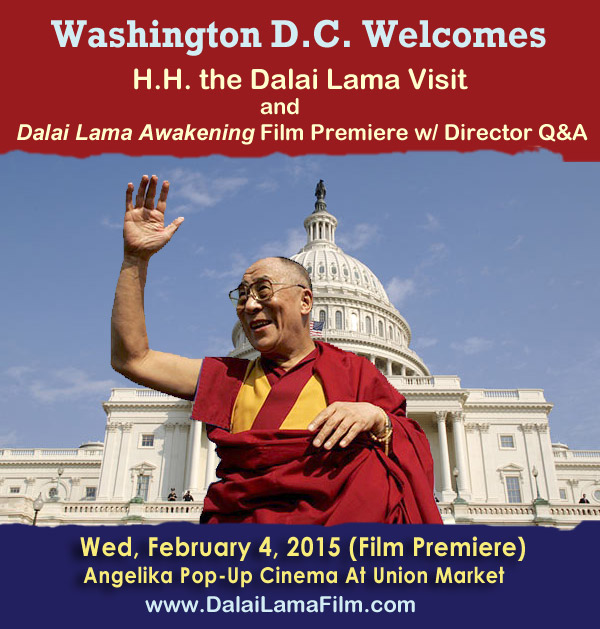 WASHINGTON, D.C. – Sometimes, you cannot plan the most perfect and auspicious timing, unless perhaps your film features the Dalai Lama.

The Office of Tibet in Washington D.C. announced that His Holiness the 14th Dalai Lama will be visiting Washington D.C. this week to attend the annual National Prayer Breakfast with President Obama on the morning of Feb 5.

The night before the Presidential breakfast, on February 4, Washington D.C. and the Angelika Pop-Up Cinema will be hosting the Washington Film Premiere of two new Dalai Lama Films, Dalai Lama Awakening (narrated by Harrison Ford) and Compassion in Action (www.DalaiLamaFilm.com), which will include an in-person Q&A with Director Khashyar Darvich.

“Sometimes,” says Director Khashyar Darvich, “you cannot plan what turns out to be the most perfect and auspicious timing.”

The Washington D.C. Film Premiere is a part of a 100-city film tour, which takes the two films and filmmaker to New York City the following day for a Thursday, February 5 New York Theatrical Premiere at the Village East Cinema.

During one of Director Darvich’s interviews with the Dalai Lama, the Dalai Lama expressed: “Yes I like your questions. Certainly, your effort can make some contribution—there’s no doubt.”

Audiences and Critics who have seen Dalai Lama Awakening (which is narrated by actor Harrison Ford) have called the film “Brilliant,” “Illuminating” and “one of the best possible manifestations of spiritualism through Art.”

“Visually compelling, inspiring and thought-provoking,” writes Tom Richards of Surviving Ireland. “Darvich has put together a compelling, slow-burning documentary that… hits you on the way home.”

The Chinese Government has not given the film or filmmaker positive reviews. Writing about the film in its Communist newspaper, the People’s Daily: “in recent years, a wave of ‘Dalai Lama fever’ has appeared in the Western movie industry… describing the Chinese government’s peaceful liberation of Tibet as ‘cruel oppression,’ and depicting the Dalai Lama’s life in India as difficult… Some movies even advocate the Dalai Lama’s concept of [Tibetan] ‘independence.’”

To view the entire U.S.-Canada schedule, as well as the film trailers, please visit: www.DalaiLamaFilm.com 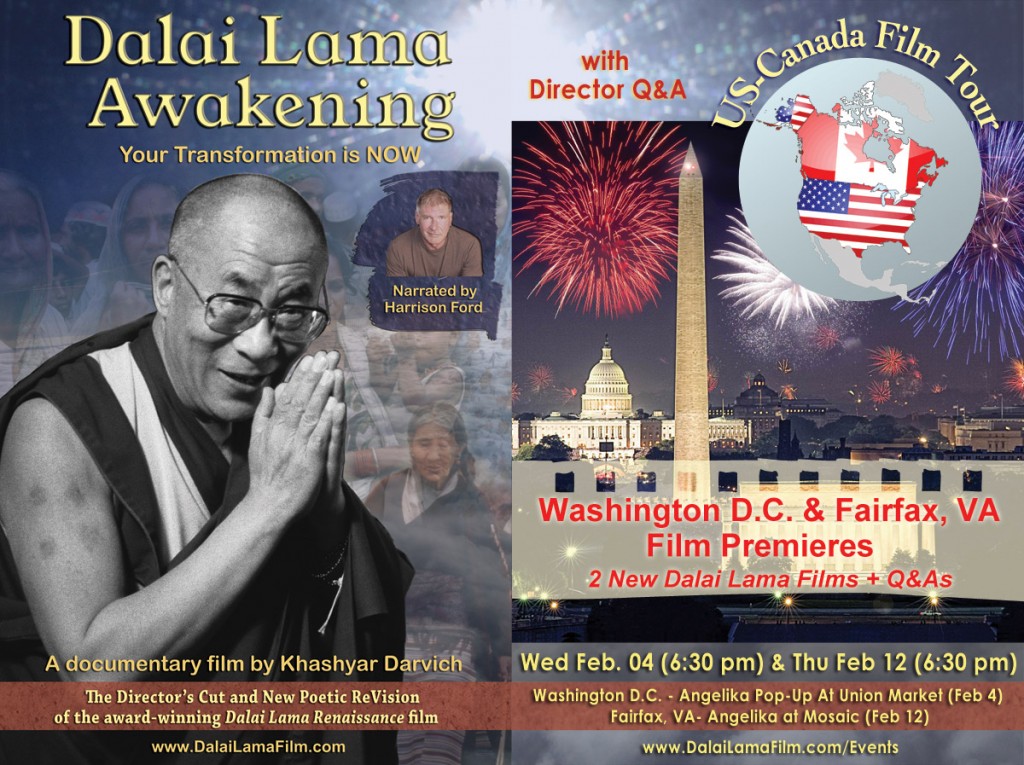