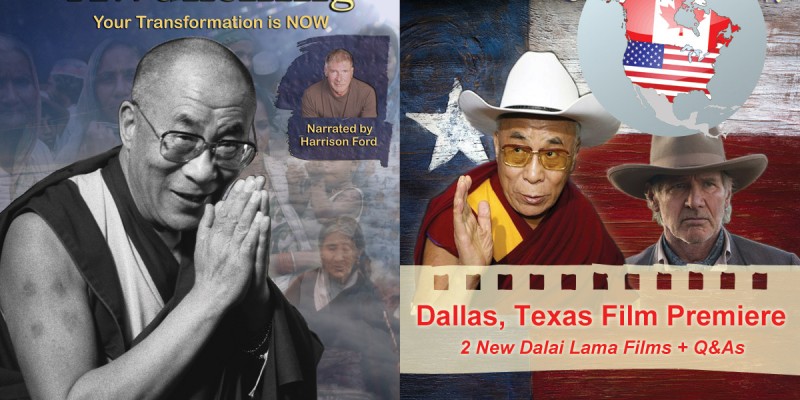 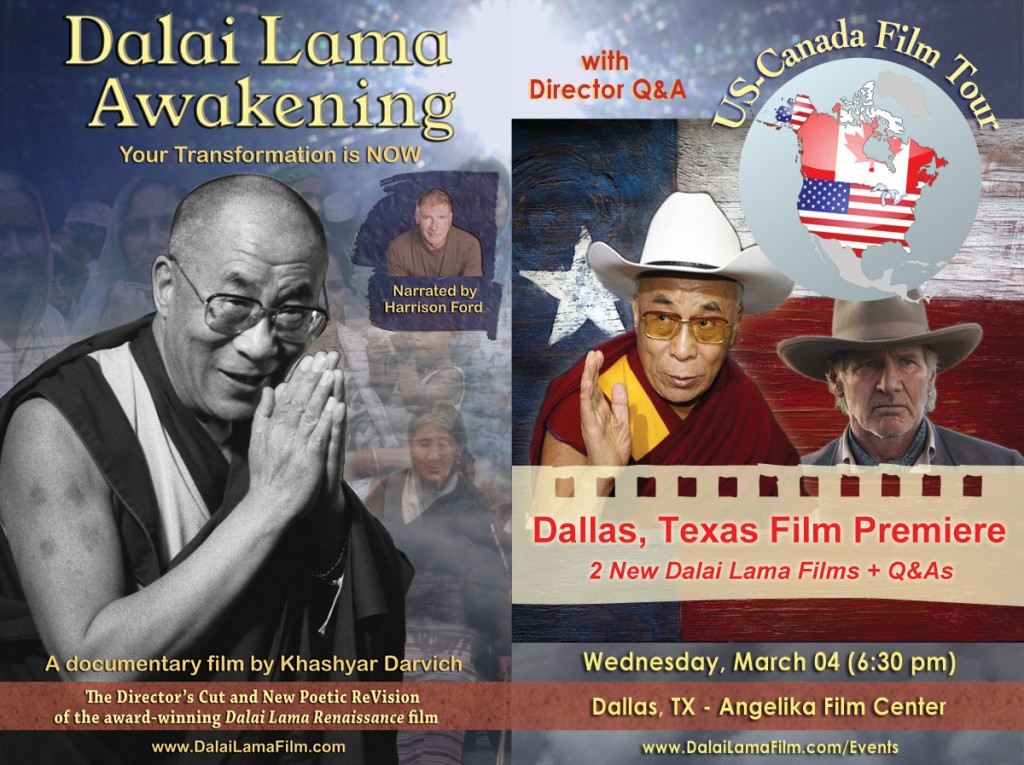 The Film Premieres of Dalai Lama Awakening (narrated by Harrison Ford) and Dalai Lama’s Compassion in Action are a part of a 100-city U.S.-Canada “Dalai Lama Double Feature” Film Tour that has enjoyed sold out screenings and rave reviews.

DALLAS, TX, March 4, 2015 – After a successful 36-city film tour of the UK-Ireland, and sold out screenings in cinemas in the U.S. and Europe, Director Khashyar Darvich and his two new Dalai Lama films bring their “Dalai Lama Double Feature” Film Tour (www.DalaiLamaFilm.com) to Dallas for their Texas film premiere on Wednesday, March 4, 2015.

The Texas March 4 Film Premiere will be held at the Angelika Film Center in Dallas beginning at 6:30 p.m. Director Khashyar Darvich will be present at the premiere to participate in a Q&A with audiences. Tickets are $20 for both films of the “Dalai Lama Double Feature,” and are available at: https://www.angelikafilmcenter.com/dallas/event/dalai-lama-awakening-compassion-in-action-20150304

Dalai Lama Awakening and Dalai Lama’s Compassion in Action have already enjoyed success and praise across the U.S. and Europe, and are rapidly expanding into several additional cinemas.

“Many films talk about how we need to become better people to make positive change in the world,” writes Toronto Film Scene, “but few make the argument as convincing as this one. The presence of the Dalai Lama is what makes this film so powerful, and you can almost feel his kindness and love through the screen. If you’re searching for something to inspire you, look no further than this film.”