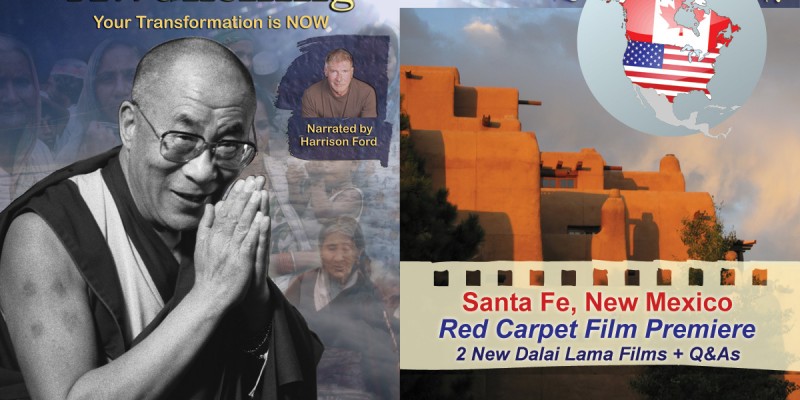 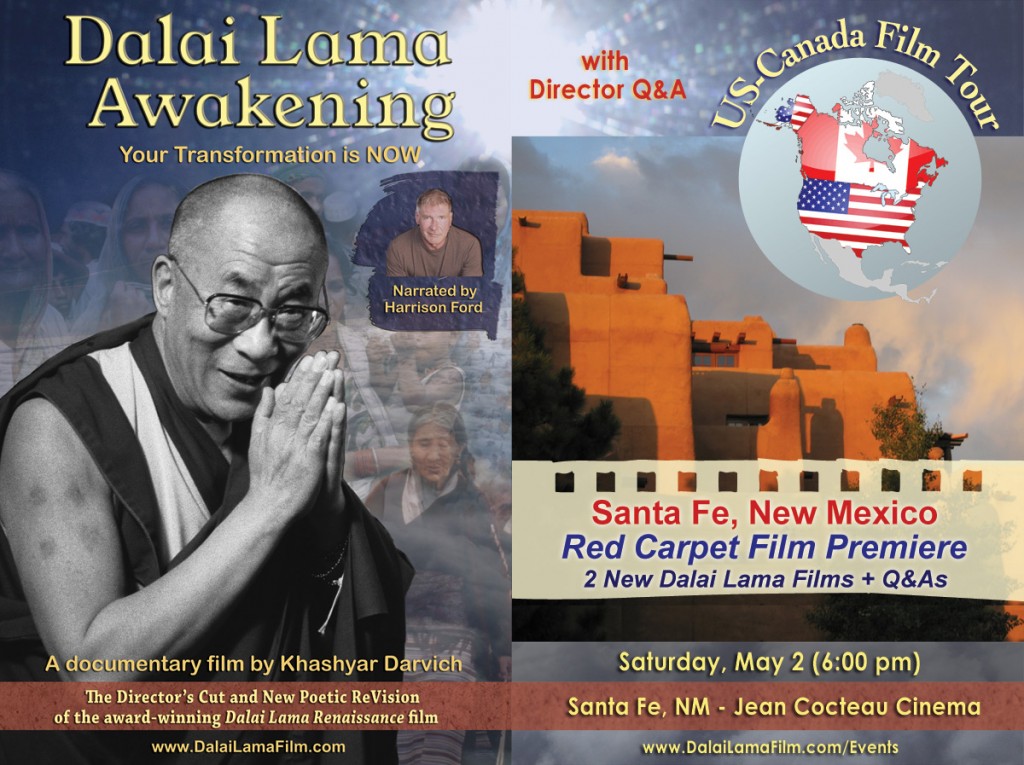 Los Angeles Film Director Khashyar Darvich and his two newest films featuring the Dalai Lama, ‘Dalai Lama Awakening’ (narrated by Harrison Ford) and ‘Dalai Lama’s Compassion in Action, travel to Santa Fe, NM on Sat. May 2 at the Jean Cocteau Cinema for their SANTA FE RED CARPET FILM PREMIERES as a part of a 100-city U.S.-Canada film tour. Two additional screenings of the single ‘Dalai Lama Awakening’ film, without a Director Q&A or ‘Compassion in Action’ screening, will take place on Sun May 3 and Wed May 6

This special Santa Fe Film premiere of “Dalai Lama Double Feature” Film Tour will take place on Saturday, May 2 at the Jean Cocteau Cinema, with the first screening beginning at 6:00 p.m. Screenings of the single ‘Dalai Lama Awakening’ Film (without Director Q&A or ‘Compassion in Action’ screening), take place on Sun May 3 and Wed May 6. For tickets and information, visit: www.DalaiLamaFilm.com/events or http://www.jeancocteaucinema.com/film/dalai-lama-awakening

The screening schedule for the screenings at the Jean Cocteau Cinema is: