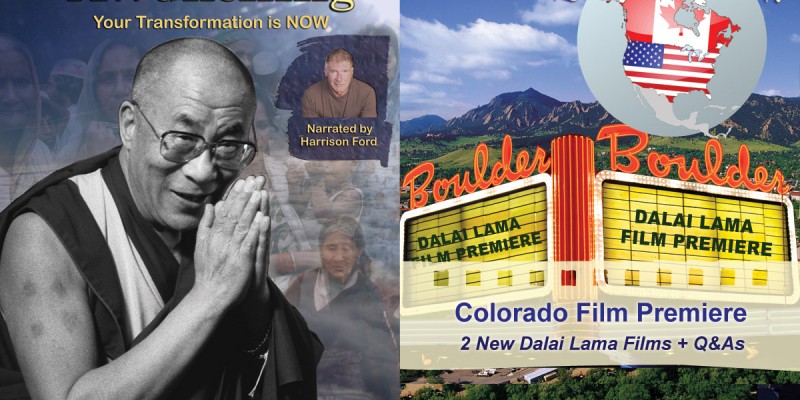 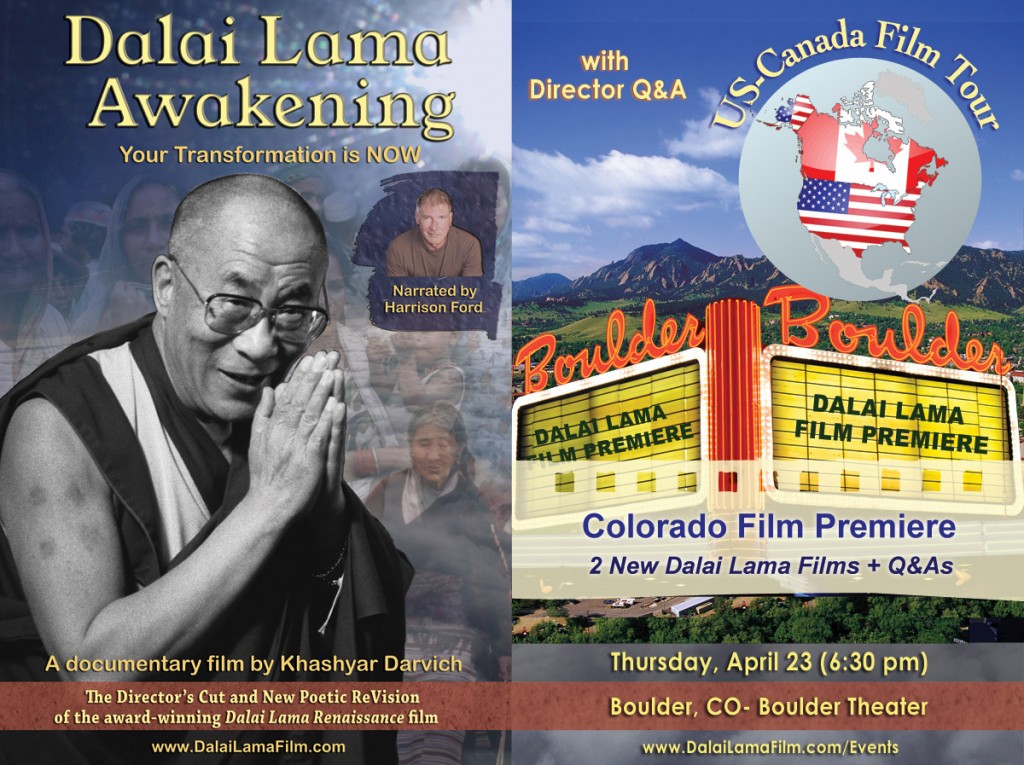 This special Colorado Film premiere of “Dalai Lama Double Feature” Film Tour will take place on Thursday, April 23 at the Boulder Theater, with the first screening beginning at 6:30 p.m. For tickets and information, visit: www.DalaiLamaFilm.com/events or http://www.bouldertheater.com/event/dalai-lama-awakening-narrated-by-harrison-ford-and-compassion-in-action

After one of Darvich’s interviews with the Dalai Lama, the Dalai Lama affirmed Darvich’s and Wakan Films’ motivations in producing films– “Yes I like your questions,” the Dalai Lama told Darvich, as the two were standing together talking after the interview. “Certainly, your effort can make some contribution—there’s no doubt.”

To view the entire detailed screening and release schedule for the film, as well as receive the latest news, you may visit the film’s official website (http://www.DalaiLamaFilm.com), Facebook page (https://www.facebook.com/DalaiLamaAwakening) , and Twitter account (http://www.Twitter.com/DalaiLamaFilm).